Devoted to the Breaking of Bread 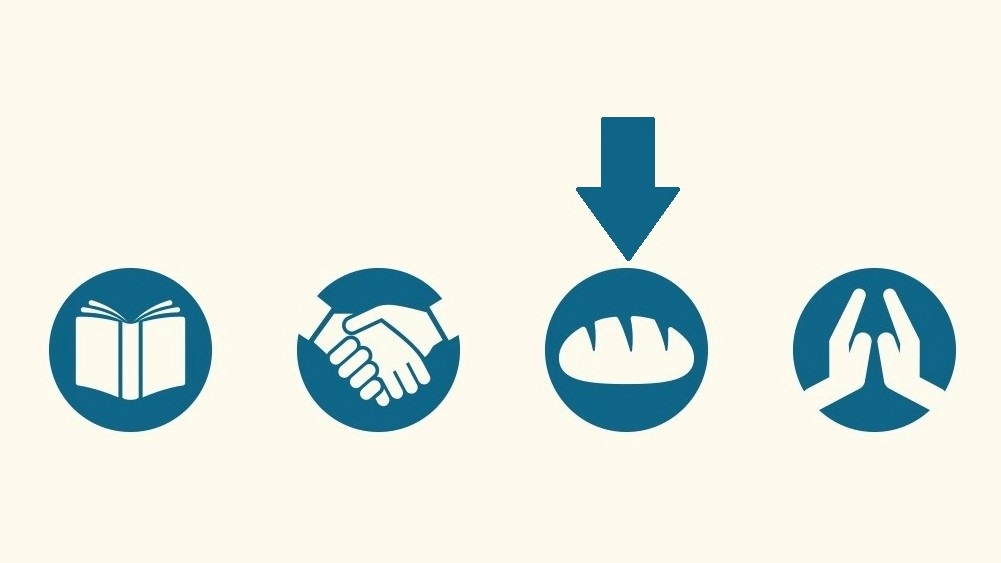 Today’s reading is from James Montgomery Boice with questions I’ve developed from the text. Enjoy!

“The third characteristic of the early Christian church was worship. There was “the breaking of bread” and “prayer.” “Breaking of bread” stands for the communion service, and prayer, although it is something we can do individually and at different times, is in this passage actually the formal exercise of prayer in the assembly.

In the Greek text the definite article occurs before the word “prayer.” The text actually says … they devoted themselves “to the breaking of bread and to the prayers.” Obviously, that is a reference to something formal—to worship in which the people got together and praised God.

There is also a reference to formal worship in Acts 2:46: “Every day they continued to meet together in the temple courts.” “Temple courts” probably refers to the courtyard of the Gentiles, which was a very large place. On feast days, when everyone packed into it, it could accommodate perhaps two hundred thousand people. It was the only place in Jerusalem where you could get such a large crowd together.

Indeed, it may have been here that the large meeting on the day of Pentecost took place, and if it was, then it would have been natural that on set occasions the early Christians returned to the place so they could all enjoy the worship of God as they broke bread in the communion service and offered up prayers.

Then, not only did the Christians worship in a formal setting, perhaps in the large courtyard of the Gentiles, but they worshiped informally as well, as the very next phrase says: “They broke bread in their homes” (Acts 2:46). That is a deliberate repetition. Acts 2:42 says, “They devoted themselves… to the breaking of bread.” Then Acts 2:46 says, “They broke bread in their homes.” It means that they did both. They had formal worship and they had informal worship. And the informal worship included, and perhaps was largely centered on, the communion service.

How about their music? What did they sing when they got together in the temple courts? They must have sung the psalms, participating in the regular liturgical patterns of Jewish worship. Our equivalent might be the many hymns of the Christian past. What did they sing when they met together in their homes? In that setting their music was probably far less formal, perhaps the equivalent of our so-called praise music or choruses. The psalms were the best worship music. They were based on an inspired text, after all. But that did not exclude the use of other music in its place.

Should it be hymns or modern music?

“How Great Thou Art” or “Good, Good Father?”

What do you think of Dr. Boice’s ideas on the subject?

Some worship services are VERY formal; others are VERY informal.

Is it possible for us to be so informal that we become irreverent?

Is it possible for us to be so formal that we choke the Spirit, so to speak?

What do you think of Dr. Boice’s thoughts on the subject.

Is ‘excite’ too strong a word? The wrong word? What’s the right one?

Do you think that your desire for corporate worship (or the lack of it) gives you some insight into your spiritual health?

It’s Not About You. Really, It’s Not.