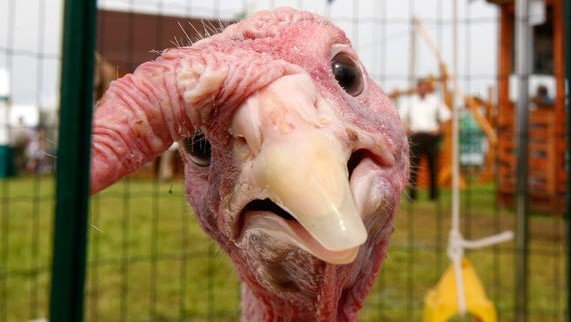 ‘No, seriously, weren’t there ten?’

The story’s pretty well known. Jesus is traveling and preaching and healing. And in Luke 17:11-19 we find this thought-provoking incident.

On the way to Jerusalem he was passing along between Samaria and Galilee. And as he entered a village, he was met by ten lepers, who stood at a distance and lifted up their voices, saying, “Jesus, Master, have mercy on us.” When he saw them he said to them, “Go and show yourselves to the priests.” And as they went they were cleansed. Then one of them, when he saw that he was healed, turned back, praising God with a loud voice; and he fell on his face at Jesus’ feet, giving him thanks. Now he was a Samaritan. Then Jesus answered, “Were not ten cleansed? Where are the nine? Was no one found to return and give praise to God except this foreigner?” And he said to him, “Rise and go your way; your faith has made you well.”

Astonishing, right? It was a Samaritan who thought to thank Jesus for healing him OF LEPROSY! Samaritans were out-casts, other-thans, mix-raced people who were despised by the Jews.

The other lepers who were healed we apparently Jews – those to whom the oracles of God and the prophets belonged! They should have known better. They would have known about the God of Israel and the Messiah He promised to send!

But, no. All of the other nine took God’s blessing for granted. They didn’t even bother to thank Him, never mind follow Him.

Don’t we do the same? If we are born-again and saved, we’ve been given SO MUCH from the Giver of every good gift” (James 1:17).

Truth is, we all have an EYE problem. Sorry, scratch that, I mean we all have an “I” problem. When we spend too much time focusing upon ourselves, the “I,” we get tunnel vision. We begin to dwell on our troubles, our trials and tribulations, and only see the things we lack.

But if we’ll pull back just a bit, and see ourselves in the context of those who are suffering the lack of food, shelter and safety around the world, we’ll come to see our troubles in perspective.

Don’t get me wrong! I’m not saying that our troubles aren’t difficult or that they don’t exist. I’m simply saying that when I look beyond myself and to the needs of others, I begin to see things more clearly. I find myself counting my blessings rather than cursing the things I lack.

This week is Thanksgiving week. So, we’re opening this blog as an opportunity for the Body to say, “Thank You” to the Lord for whatever you like.

Thanks-givers are certainly in the minority – they always have been. In the Luke 17 story they were 1-to-9! But, whichever side of the ratio you’re usually on, feel free to join the thanks-givers this week. I know your comments will bless the heart of our Heavenly Father, and encourage your brothers and sisters.