The Good, The Bad and The Ungodly 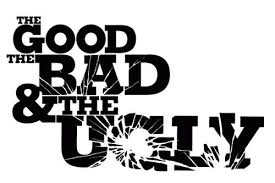 in Obedience, Priorities, Walking With God

The setting of Acts chapter 8 brings us to events that followed the martyrdom of Stephen and the spread of persecution throughout Jerusalem. It was time for at least one of the disciples of Jesus to move into action. Philip had decided to take the Gospel message to Samaria, the region of half-breeds, outcasts and idol worshipers. We are not told what inspired him to do so, but one thing is clear, he knew he must to do it. And it was a good thing he did because it was the first indicator that at least one disciple was going to follow the Great Commission, and many would come to saving faith in Christ as a result.

Spreading the gospel was a priority to Philip, and that was GOOD.

Among the first converts was the local sorcerer named Simon and when he saw that Philip had the ability to do signs and healings that were not concocted through spells and potions, but by the true power of Almighty God, he wanted it!

I guess you can’t blame him. As a sorcerer (illusionist or conman) he was accustomed to the attention and notoriety of the people. When Peter and John showed up in town and started laying hands on people and all sorts of supernatural things began happening, it was more than Simon could bear. So, he decided to make an offer to buy this power and perhaps become a prominent player in this traveling show.

Simon mistakenly thought the power of the Holy Spirit of God could be purchased with filthy money. That was BAD.

Simon’s offer (his want) was so despised by Peter that he pretty much cursed him to death because Simon’s request was motivated by a lust for power and recognition. Peter’s fiery words in Acts 8:20-23 sends a clear message that such ambitions are never to be associated with a genuine disciple of Jesus Christ.

As self-serving as Simon’s desire appears to have been, there was something far more sinister happening. The remaining disciples who, like Philip, had been entrusted with the Great Commission by the Lord Jesus himself, had apparently remained in Jerusalem despite the clear marching orders to move out.

Perhaps they were satisfied with the measure of Jewish converts and felt the current size of the church was manageable. It’s possible the disciples were focusing on evangelizing the familiar territory first and may have enjoyed a measure of popularity among the people. They may have rationalized that their level of influence and authority would most likely suffer if they traveled abroad making the mission far more difficult.

Truth is we don’t know why the other disciples stayed while Philip set out on his own. What we do know is that whenever a disciple is reluctant to do what the Lord is clearly calling him or her to do, no matter what reason they give to excuse themselves, it is UGLY…or better yet UNGODLY.

We see later in the Book of Acts how the Lord would use Saul’s zealous ambition against the spread of Christianity to drive the disciples out into the world (Acts 8:1-3).

As church-age disciples, we often need to be shaken out of our comfortable surroundings, so our priorities can be adjusted so we will take the necessary steps upward toward fulfilling the plan of God for our lives.

When you’re confident in what you are doing?

When you’re seeking His blessings for your own agenda?

What do you think?