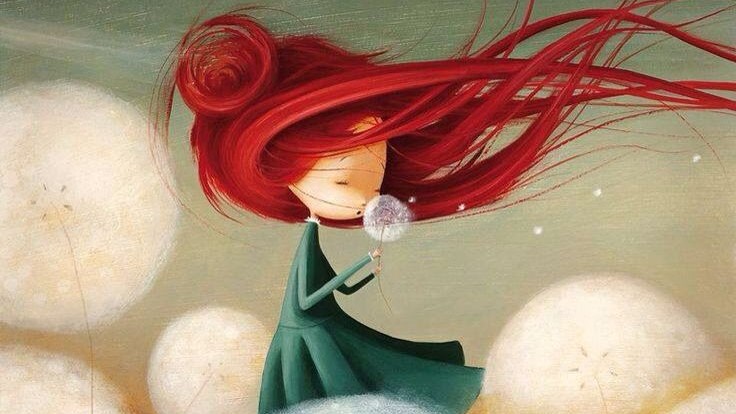 Sometimes the smallest act of kindness (which is, of course, one of the fruits of the Spirit working in us), can have a profound and lasting impact upon others. In Serving, the Biggest Honor in Life, Milt Culver retells a story written by pediatrician David Cerqueira. David’s wife was a Sunday school teacher at Church and she’d prepared a lesson on being useful.

He writes: “She taught the children that everyone can be useful, that usefulness is serving God and that doing so is worthy of honor.

The kids quietly soaked up my wife’s words, As the lesson ended, there was a short moment of silence. A little girl named Sarah spoke up. [She asked,] “What can I do? I don’t know how to do many useful things.”

Not anticipating that kind of response, my wife quickly looked around and spotted an empty flower vase on the windowsill. “Sarah, you can bring in a flower and put it in the vase. That would be a useful thing.” Sarah frowned. “But that’s not important.” “It is,” replied my wife, “if you are helping someone.”

Sure enough, the next Sunday Sarah brought in a dandelion and placed it in the vase. In fact, she continued to do so each week. Without reminders or help, she made sure the vase was filled with a bright yellow flower, Sunday after Sunday.

When my wife told our pastor about Sarah’s faithfulness, he placed the vase upstairs in the main sanctuary next to the pulpit. That Sunday he gave a sermon on the honor of serving others, using Sarah’s vase as an example. The congregation was touched by the message …

During that same week I got a call from Sarah’s mother. She worried that Sarah seemed to have less energy than usual and that she didn’t have an appetite. Offering her some reassurances, I made room in my schedule to see Sarah the following day. After Sarah had a battery of tests and days of examinations, I sat numbly in my office, Sarah’s paperwork on my lap. The results were tragic. She had leukemia.

On the way home, I stopped to see Sarah’s parents so that I could personally give them the sad news. Sarah’s genetics and the leukemia that was attacking her small body were a horrible mix. Sitting at their kitchen table, I did my best to explain to [her] parents that nothing could be done to save her life. I don’t think I have ever had a more difficult conversation than the one that night.

Time pressed on. Sarah became confined to bed and to the visits that many people gave her. She lost her smile. She lost most of her weight. And then it came: another telephone call. Sarah’s mother asked me to come see her. I dropped everything and ran to the house.

There she was, a small bundle that barely moved. After a short examination, I knew that Sarah would soon be leaving this world. I urged her parents to spend as much time as possible with her.

That was a Friday afternoon. On Sunday morning church started as usual. The singing, the sermon it all seemed meaningless when I thought of Sarah. I felt enveloped in sadness.

At the end of the sermon, the pastor suddenly stopped speaking. His eyes wide, he stared at the back of the church with utter amazement. Everyone turned to see what he was looking at. It was Sarah! Her parents had brought her for one last visit. She was bundled in a blanket, a dandelion in one little hand.

She didn’t sit in the back row. Instead she slowly walked to the front of the church where her vase was still perched by the pulpit. She put her flower in the vase and a piece of paper beside it. Then she returned to her parents. Seeing little Sarah place her flower in the vase for the last time moved everyone.

At the end of the service, people gathered around Sarah and her parents, trying to offer as much love and support as possible. I could hardly bear to watch. Four days later, Sarah died.

I wasn’t expecting it, but our pastor asked to see me after the funeral.

We stood at the cemetery near our cars as people walked past us. In a low voice he said, “Dave, I’ve got something you ought to see.” He pulled out of his pocket the piece of paper that Sarah had left by the vase. Holding it out to me, he said, “You’d better keep this; it may help you in your line of work.”

“I opened the folded paper to read, in pink crayon, what Sarah had written: ‘Dear God, this vase has been the biggest honor of my life. Sarah.’ Sarah’s note and her vase have helped me to understand. I now realize in a new way that life is an opportunity to serve God by serving people. And, as Sarah put it, that is the biggest honor of all.”