Reflections Upon and of God as Creator 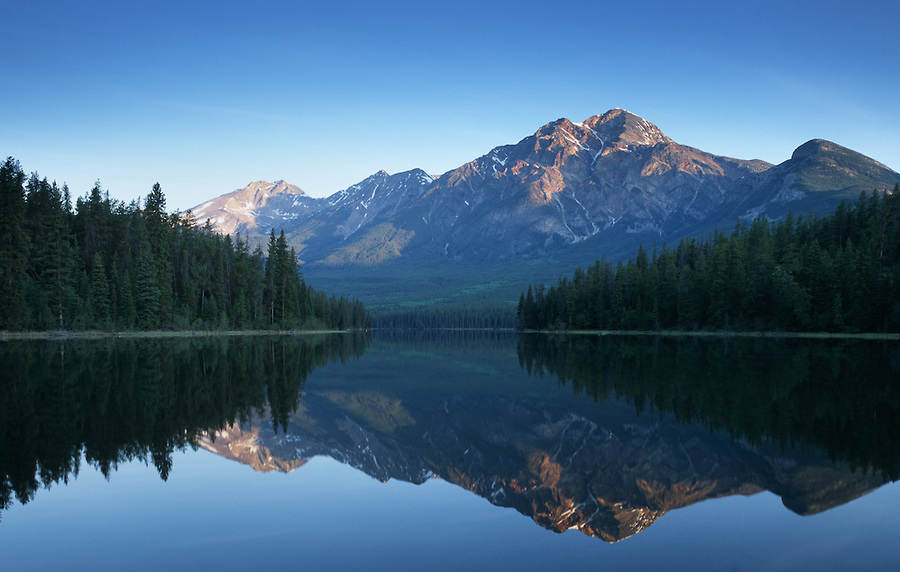 Imagine that the universe – when first created – was like a vast mirror that reflected the full glory and majesty of God’s being; His eternal, triune nature and manifold power being woven into the very fabric of the visible and invisible world. Scripture states this precise fact almost verbatim, “For his invisible attributes, namely, his eternal power and divine nature, have been clearly perceived, ever since the creation of the world, in the things that have been made” (Rom. 1:20). Here are some examples:

2. Three elements of time: past, present and future.

5. Three primary types of stable particles in elemental physics, which are the building blocks of all atoms: protons, neutrons and electrons.

7. There are three “generations” of quarks.

8. At the subatomic level there are three types of charges: positive, negative and neutral.

9. The standard model of physics identifies three massive bosons: the Higgs boson, the W boson and the Z boson.

10. Three fundamental subatomic forces: the strong nuclear force, electromagnetic force and the weak nuclear force. (Gravity is inconsequential at the subatomic level. Scientists have no explanation as to why the force of gravity exists throughout the universe. It has been suggested by some physicists that gravity is the result of the interaction of higher dimensions with our three dimensions. Could this higher dimension be the heavenly realm? Hebrews 1:3 states, “He (Jesus) is the radiance of the glory of God and the exact imprint of his nature, and he upholds the universe by the word of his power.”)

15. Three overlapping but distinct branches of the natural laws: the laws of physics, chemistry and biology.

There are many more examples of these facts in science/nature. I am not, however, intending this as a scientific essay except to state that science describes numerous manifestations of the “power of three” embedded in nature. While none of these facts is an explanation or picture of God Himself, it doesn’t require much imagination to wonder at the “coincidence” of a tri-nature being expressing Himself in the things that He has created. And let us establish right up front that a perfect God can only create a perfect world, ex nihilo (Latin, out of nothing)!

Toward that end, man was first created [lit. “formed from the dust of the ground” (ref. Gen. 2:7)] in God’s image (ref. Gen. 1:27) as a being with body, soul and spirit: “body” meaning all the physical components that comprise and sustain him as a biological living being; “soul” meanig that whch defines the individual personality of that being; and “spirit” being that eternal aspect of a living body and soul which, possessing God’s Spirit, has access to and congruence with God in the heavenly places and which, like creation itself, directly reflects the full majesty of his Creator without limit.

Adam and Eve were created with body, soul and spirit and as such were never intended to die. With the fall of mankind in Eden (Gen. 3:1-22), the two instantly died spiritually and were fated to die physically (ref. Rom. 5:12). But more than this, the creation itself fell (ref. Romans 8:20). We might say that the mirror was shattered and, although it no longer reflected God’s majesty perfectly, the remnant universe still retained and yet retains an extraordinary resemblance of God’s magnificence. It is still being upheld by “the word of His (Jesus’) power” (Heb. 1:3), except that everything is presently wearing out, as the 2nd Law of Thermodynamics asserts. However, if the present universe did not reflect its Creator at all, then men might have an excuse for not knowing God. But as Romans 1:20 concludes, “…his eternal power and divine nature, have been clearly perceived, ever since the creation of the world, in the things that have been made. So they are without excuse [italics mine].”

It was God’s expressive will that Adam and Eve should obey His commands, but it was God’s permissive will that allowed them to fall. God was neither surprised by anything that occured, nor was He unprepared to immediately enact a solution to the problem. So how is God dealing with the fall of mankind and the degradation of the universe? We know that Jesus is God’s ultimate solution to this dilemma, so let’s skip ahead to Pentecost, when Jesus has ascended to His place at the right hand of the Father in Heaven, and God’s Holy Spirit – as Jesus foretold in John 16:8 – has descended upon mankind. We’ll look at this from our position as New Testamant believers in Christ’s Church. I will assume that everyone understands that “unless one is born again, he cannot see [italics mine] the kingdom of God” (John 3:3), and further, “unless one is born of water and the Spirit , he cannot enter [italics mine] the kingdom of God” (John 3:5).

As a result of the new birth, God restores His Spirit inside the new believer. We might think of this as having a shard of the shattered mirror placed in man’s being which directly refects its Creator again. The beauty of this illustration is that each individual piece is wholly reflective of and congruent with God and the Heavenly realm, even though it is by itself only a portion of the whole. As God saves individuals, He is in essence – soul by soul – restoring individuals and the majesty of Creation back to Himself. But since the fallen universe and mankind are still in a corrupted state physically, everything must either die or be destroyed before God can restore everything to its full glory.

Just as Adam and Eve – because of sin – could no longer occupy a perfect environment (hence the expulsion from Eden and the downfall of nature), nor could they remain in perfected bodies (hence the downfall of man and the entrance of death into the world), so too must God eradicate the sin nature before He can restore men to perfected bodies and place them in a perfect environment. So God promises that one day we who believe will have incorruptible bodies of glory (ref. 1 Cor. 15:52-54), and that He will destroy the present heavens and earth and recreate them (ref. 2 Peter 3:10, 3:12-13, Rev. 21:1). In this way all things will be “subjected back to Christ” (ref. Eph. 1:9-10). When all these things have been accomplished, the restoration of the shattered mirror will have been completed, and the equilibrium of a perfect, incorruptible Creation as an expression of the Divine will once again be manifested.