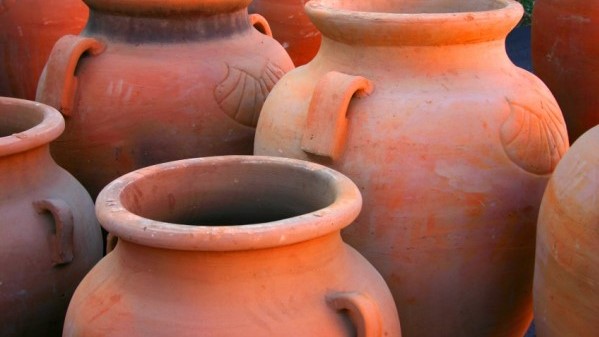 It’s the first or the ‘beginning’ of the signs Jesus performed in the Gospel of John. There are seven of them. Frederick Bruner translates the passage this way:

“Now on the third day there was a wedding in Cana of Galilee, and the mother of Jesus was there. Both Jesus and his disciples had been invited to the wedding, too. And when the wine gave out, the mother of Jesus says to him, ‘They don’t have any more wine!’ And Jesus says to her, ‘What are you trying to do with me, woman? My hour has not yet arrived.’ His mother says to the waiters, ‘Whatever he tells you to do, do it.’

“Now there were six stone water jars sitting right there (for Jewish purification uses), each jar holding between twenty and thirty gallons. Jesus says to the waiters, ‘Please fill the jars with water.’ And they filled them right up to the top. Then he says to them, ‘Now please pour some out and take that to the headwaiter.’ So they did.

“When the headwaiter tasted the water that had become wine (and he had no idea where it came from, but the waiters who had drawn the water knew where!), the headwaiter calls over to the bridegroom and says to him: ‘Everybody else serves the choice wine first, and then, when people are light-headed, the inferior wine. But you, for some reason, have kept back the choice wine till now!’

“Jesus did this first of his signs in Cana of Galilee, and so revealed his glory that his disciples placed their trust in him. After this, he and his mother and brothers and disciples came down to Capernaum and stayed there for just a few days” (The Gospel of John: A Commentary, Grand Rapids, Michigan: William B. Eerdmans Publishing, 2012).

This sign or ‘attesting miracle’ (σημεῖον) was only known to Jesus’ disciples. Most of the people at the wedding had no idea what wondrous thing had just taken place right under their nose! But to those who did, Jesus was serving notice that the King had arrived, and with Him, a foretaste of the Kingdom.

The wedding coordinator tasted the wine and said: “Everyone serves the good wine first, and when people have drunk freely, then the poor wine. But you have kept the good wine until now” (John 2:10).

Oh, yes! Jesus saved the best for last. Because this wine was Kingdom Wine!

On the sad occasion of the Last Supper, Jesus “took a cup, and when He had given thanks, He gave it to them, saying, “Drink of it, all of you, for this is My blood of the covenant, which is poured out for many for the forgiveness of sins. I tell you I will not drink again of this fruit of the vine until that day when I drink it new with you in my Father’s kingdom” (Matthew 26:27-29).

Jesus looked forward to the day when He could drink “the fruit of the vine” with His disciples in the coming Kingdom.

Wine is often used to symbolize happiness in Scripture. In the Kingdom Age “the mountains shall drip sweet wine” and the inhabitants there of shall “come and sing aloud on the height of Zion, and … be radiant over the goodness of the Lord, over the grain, the wine, and the oil, and over the young of the flock and the herd.” Indeed, “their life shall be like a watered garden, and they shall languish no more.” At that time “the young women [shall] rejoice in the dance, and the young men and the old shall be merry.” For, the Lord declares, “I will turn their mourning into joy; I will comfort them, and give them gladness for sorrow” (Joel 3:18; Jeremiah 31:12-13).

The “mountains will drip sweet wine”; the citizens of the Kingdom will “be radiant over the goodness of the Lord” and “the wine” (God’s good provision).

So, there were SIX stone jars “sitting right there” – John records the number. Six is the ‘human’ number, the number of mankind which God created on the sixth day (see Revelation 13:18 and Genesis 1:26-31). These jars were used for “purification,” which speaks to our need for purification because of sin.

Jesus instructs the servants to fill them with ordinary water.

And then, with no fireworks, no magic words, no religious ostentatiousness of any kind, the water was miraculously transformed into the finest wine – the very substance that Jesus would later to choose to symbolize His own cleansing blood (1 Corinthians 11:25).

A wedding is without question the happiest of all occasions. And it is here, in the context of this celebration – at this γάμος festival – that Jesus chose to give a select few – His disciples – a preview of the joy that will flow and overflow in His coming Kingdom.

The Kingdom age will be a time of exuberant joy, where sadness and tears and mourning will not be known!

When Jesus lifted the cup at the Last Supper and said to His disciples, “I tell you I will not drink again of this fruit of the vine until that day when I drink it new with you in my Father’s kingdom,” He was looking with a wistful eye to that day when joy would replace their current sadness.

At the wedding of Cana, Jesus, the King, was previewing the first fruits of this coming joyful Kingdom for His disciples. Meanwhile, then as now, unbelievers all around them missed it while they danced the dance of oblivion.

The King was here! He’d called His first disciples. He’d begun His ministry and His sinuous journey to the cross. And nothing, nothing, nothing could ever be the same for them again, nothing.

No ‘wine’ that the earth can produce would ever satisfy them again – not after they’d tasted the Master’s wine, the King’s wine!

When the Wine Runs Out

This is a passage I love to preach at weddings. ‘What are you going to do,’ I ask the starry-eyed couple standing before me, ‘when the wine runs out?’

Every married person knows that the honeymoon doesn’t last forever. The months of planning give way to a wedding celebration which gives way to a honeymoon which gives way to returning home. And home is wonderful too: I mean, it’s home. Home is where you feel at ease, safe, accepted! But home has its downside too. It’s decidedly less exciting than the honeymoon. Instead of dancing and piñatas, you have routine and mundane. And, every now and then, well, the wine runs out.

And when it does, where can we go?

Well, my wife Mary and I have learned over the course of 34 years that there’s really only one good answer to that question. We go to the same One Jesus’ mother went to when the wine ran out at Cana. We go to Jesus, to the One who can take the mundane, the ordinary, the ‘water,’ and turn it into the finest wine.

While the Kingdom is coming, the Kingdom already is (1 Corinthians 4:20, Romans 14:17). Have you experienced a foretaste of the Kingdom in your walk with Jesus?