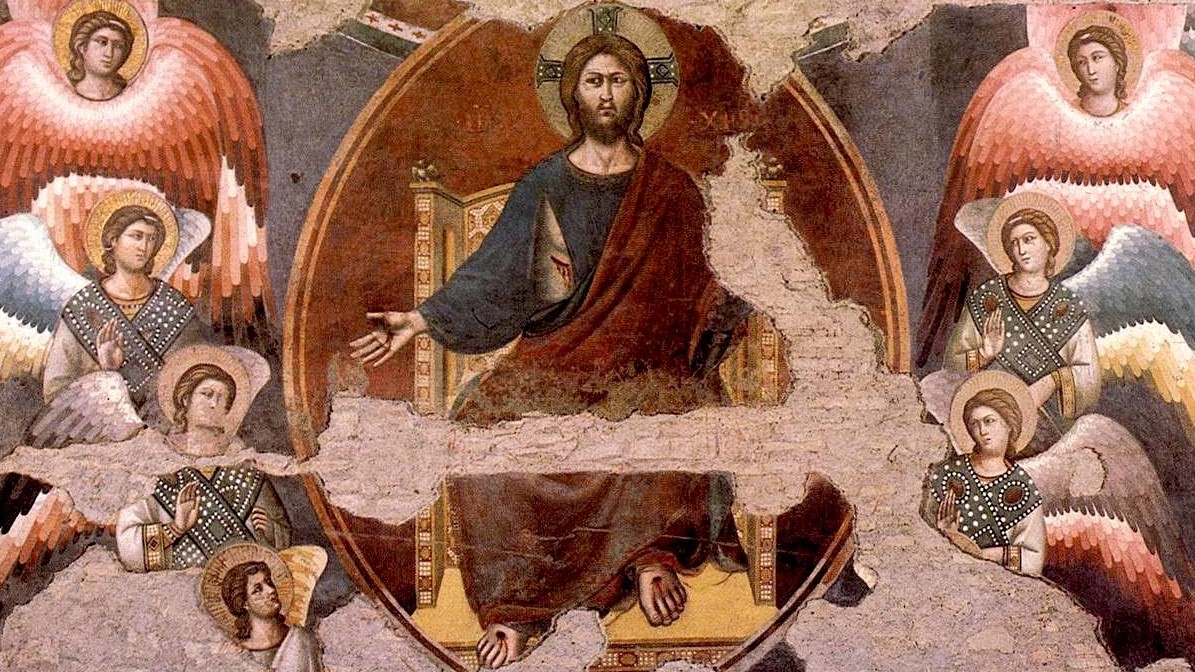 It’s one of the most powerful stories in the Gospels, even if it’s of questionable paternity. A woman is accused of being caught in the very act of adultery. Her accusers bring her before Jesus who is asked to choose between affirming the Law of Moses, which says she should die if she’s guilty, and releasing her, which would open Him to the charge of setting aside God’s Law.

We know how the story ends. Jesus writes upon the ground, twice. Between the writings, He says, “Let him who is without sin among you be the first to throw a stone at her.” Her accusers are stunned and shamed. They drop their rocks and walk away.

Toward the end of these story there’s a particularly poignant line. It says, “when they heard it, they went away one by one, beginning with the older ones, and Jesus was left alone with the woman standing before him” (John 8:9).

Standing before Him. Alone. What a thought.

We will all stand before Jesus to be judged. And we will do so alone.

Romans 14:12 says that “each of us will give an account of himself to God.” And 2 Corinthians 5:10 says “we must all appear before the judgment seat of Christ, so that each one may receive what is due for what he has done in the body, whether good or evil.”

This is a sobering thought, especially when we consider that nothing is hidden from His sight. “The eyes of the LORD run to and fro throughout the whole earth” and there is no creature “hidden from His sight” for “all are naked and exposed to the eyes of him to whom we must give account” (2 Chronicles 16:9, Hebrews 4:13).

It’s a sobering thought, right? It’s so heavy that it rarely gets mentioned in modern-day preaching. It doesn’t make us feel good. I guess that’s the reason it’s ignored. But isn’t that the point? To remind us that we’re all accountable to the God who is no less holy today than He was when He met with Moses on the mountain?

When God was on the mountain with Moses any man or animal that touched even the base of it would have to die. God instructed Moses to “set limits for the people all around, saying, ‘Take care not to go up into the mountain or touch the edge of it. Whoever touches the mountain shall be put to death … whether beast or man, he shall not live’” (Exodus 19:12-13).

The New Testament book of Hebrews tells us that the sight was “so terrifying” that even Moses said, “I tremble with fear” (Hebrews 12:20-21).

And while it’s true that believers have come to another mountain – to “Mount Zion and to the city of the living God, the heavenly Jerusalem” – God is no less holy today than He was then. The writer of Hebrews reminds us that “our God is a consuming fire” (Hebrews 12:22, 28-29).

This should cause us to take very seriously the future appointment that we each have with God, for “each of us will give an account of himself” (Romans 14:12).

Unbelievers of all the ages will give an account before a Great White Throne. John described the scene in Revelation 20:11-15:

Then I saw a great white throne and him who was seated on it. From his presence earth and sky fled away, and no place was found for them. And I saw the dead, great and small, standing before the throne, and books were opened. Then another book was opened, which is the book of life. And the dead were judged by what was written in the books, according to what they had done. And the sea gave up the dead who were in it, Death and Hades gave up the dead who were in them, and they were judged, each one of them, according to what they had done … And if anyone’s name was not found written in the book of life, he was thrown into the lake of fire.

The One seated on this throne is Jesus Himself: “The Father judges no one,” He said, “but has given all judgment to the Son.” The Great White Throne will literally rest upon nothing as “the earth and sky” will flee away from the presence of Jesus as He sits for judgment. Of the heavens and the earth, John the Revelator simply says: “No place was found for them” (John 5:22, Revelation 20:11).

Everything we’ve ever learned about physics will be undone in an instant. The very elements will be ‘untied’ [future passive indicative of λύω]. The “heavens will pass away with a roar, and the heavenly bodies will be burned up and dissolved” as the “earth and the works that are done on it” are exposed (2 Peter 3:10-12).

And then come the dead, the unbelieving dead of every age. The “great” and the “small” come. The seas give up the dead who are in them and all who have rejected God’s mercy will stand for judgement.

And books will be opened and books will be checked, including the book of life. And “the dead were judged,” John tells us, “by what was written in the books, according to what they had done” (Revelation 20:12).

Sadly, all who stand before this judgement seat are lost, for this seat is for those without Christ, without hope, and without eternal life.

“If anyone’s name was not found written in the book of life, he was thrown into the lake of fire.” Did you get that? Those whom we love and those around us, the people with whom we work and live, need to hear this message. Salvation is found only in Jesus because Jesus alone has borne our sins. If they reject the salvation that is only found in Him, they will without exception stand before this throne.

And here’s the thing: God loves them so much that He sent you to tell them. Sobering, right?

Thankfully, there’s another judgment seat – one for believers. And while there is no condemnation for those who are in Christ, we may certainly suffer loss. We call this the Bema Seat Judgement from the Greek word translated “judgement seat” in 2 Corinthians 5:10: “We must all appear before the judgment seat [βῆμα/bema] of Christ.”

At the Bema, all the work I’ve done since the moment of my coming to Jesus will be carefully evaluated. Paul wrote, each believer’s “work will become manifest, for the Day will disclose it” to “test what sort of work each one has done” (1 Corinthians 3:13).

What have I done with the opportunities God presented before me?

Did I seek His kingdom “first”? Have I lived for Jesus, or for myself?

Have I told others about what Jesus has done for them? Or did I casually let them slip by as though no judgment awaits them?

Did I find my place in the Body and use my gifts faithfully to serve others?

Did I pursue righteousness with those who call on the Lord from a pure heart? Or did I embrace the very sin that brought my Savior to the cross?

Did I love the ‘world’ despite the warning that the love of the Father is not in those who do?

How did I build upon the foundation of my salvation? “Let each one take care how he builds upon it,” Paul warned in 1 Corinthians 3:10.

When our work is tested, we’ll either receive reward, or suffer the loss of reward. It’s no wonder then that the aged Apostle John wrote, “Watch yourselves, so that you may not lose what we have worked for, but may win a full reward” (1 Corinthians 3:10, 14-15, 2 John 8).

Like that woman in John 8, there is a day coming when we will find ourselves standing before Jesus, alone.

Are you preparing for that day?

What about those around you? In your family? At work? In your neighborhood?

What should you be doing differently armed with this truth?

How does this make you feel?

Is there something you need to speak with Jesus about?