The Manger, The Cross & Christian Giving 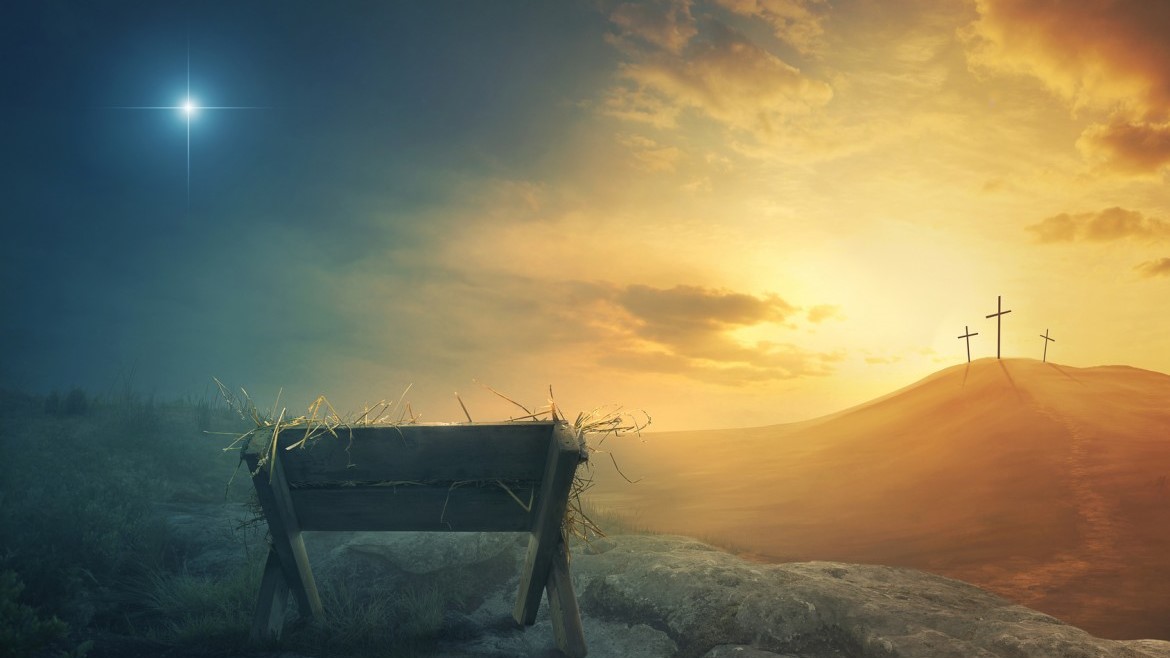 When the apostle Paul was taking up a collection for the suffering believers who lived in Jerusalem, he presented the Corinthians with two examples of generous giving.

First, he used the example of the Macedonian churches – Philippi, Berea & Thessaloniki – who gave out of their poverty. They gave generously, even though they had very little to meet their own physical needs. Following Jesus came at a high cost for these churches: they suffered greatly because of their faith, and yet they remained faithful to the Lord.

Persecution continued and took its toll. But something amazing happened: while their financial situation declined drastically, their spiritual growth exploded! Even though they had every reason to be sad and to complain, they rejoiced instead! In this way they were like the Apostles who, after being physically beaten by the authorities, went away rejoicing that they had been deemed worthy to “suffer dishonor for the Name” (Acts 5:41). These churches came to learn, as had Paul, that God’s grace was enough for them and that His power would be most visible in their weakness (2 Corinthians 12:9).

These Macedonian Christians were living proof that followers of Jesus can “count it all joy” even when we experience terrible suffering (James 1:2). They not only exhibited joy amidst their trials, but that joy was overflowing.

They were a testimony to the fact that it’s possible to lose every material thing and still flourish in life. Paul wrote that, “In a severe test of affliction, their abundance of joy and their extreme poverty have overflowed in a wealth of generosity on their part” (2 Corinthians 8:2). What a beautiful picture of God’s presence with them despite their many hardships – and what a reminder that He’s always with us too (Psalm 121:3, 5)!

Can you imagine that? They remained joyful although they had every reason to despair. And they were generous although they had every reason not to give. As Paul himself well knew, these believers were living in a victory that no one could take from them. They were “as sorrowful, yet always rejoicing; as poor, yet making many rich; as having nothing, yet possessing everything” (2 Corinthians 6:10)!

F. F. Bruce nailed: Just as persecution did not take away from their joyfulness, neither did poverty diminish their ability to be generous (Bruce, I and II Corinthians, Grand Rapids, MI: Eerdmans, 1971, on 2 Corinthians 8:2).

These churches were certainly a wonderful example of generous Christian giving. They needed no encouragement to give but gave “of their own accord.” In fact, Paul says, they were “begging us earnestly for the favor of taking part in the relief of the saints.”

Furthermore, their giving was a reflection of their love for Jesus: “They gave themselves first to the Lord and then by the will of God to us.” Putting the Lord first gave them the ability to go above and beyond anything that could be reasonably expected of them. They gave “according to their means … and beyond their means,” Paul testified (2 Corinthians 8:3-4).

Then, as if the Macedonian’s selfless generosity were not encouragement enough, Paul shifts to a second example: The Lord Jesus Himself.

The Manger and the Cross

“You know the grace of our Lord Jesus Christ,” Paul writes, “that though he was rich, yet for your sake he became poor, so that you by his poverty might become rich” (2 Corinthians 8:9).

That pretty much says it all, right?

Jesus came to save us, to teach us, and to re-create us. He came to cut the cords that bound us to death and to our love for the things that cannot last. He warned us that we have to choose our Master (“No one can serve two masters … You cannot serve God and money,” Matthew 6:24). He taught us that the things we need in this life will be provided, if we’ll only seek the Kingdom of God and His righteousness first (Matthew 6:33).

To grow as disciples is to make God’s priorities our priorities. We grow to treasure our relationship with Him above all else. “Where your treasure is,” Jesus said, “there your heart will be also” (Matthew 6:21). So, look at what you treasure and you’ll find your heart lying right beside it.

But we must be careful. Because we can only adore so many things!

Proving the Genuineness of Our Love

New Testament giving, Christian giving, has always been more about our heart than about our gift. It’s a litmus test for the state of our heart. It’s impossible to deny that we spend our money on what’s important to us. As we grow in our love for God, furthering the work of His kingdom becomes a chief priority in the stewardship of our resources.

Paul could not have been more honest with these Corinthians. He laid all of his cards on the table. He confessed, “I am testing the genuineness of your love.” And that’s precisely what God does each time we give, or don’t. The sacrifice of our gift is a direct reflection of our appreciation for Jesus – our gratitude for the manger and the cross. And it is also a measure of our faith, revealing just how much we trust the Lord to replenish whatever we release. There’s an awful lot happening spiritually when we give!

The Corinthians claimed to love Jesus, but they were slow to let go of their money. It was less about what they owned than what owned them. So, Paul challenged them to prove that their “love also is genuine” (2 Corinthians 8:8).

In another place, he urged us to Christ example of selflessness:

“Let each of you look not only to his own interests, but also to the interests of others. Have this mind among yourselves, which is yours in Christ Jesus, who, though he was in the form of God, did not count equality with God a thing to be grasped, but emptied himself, by taking the form of a servant, being born in the likeness of men. And being found in human form, he humbled himself by becoming obedient to the point of death, even death on a cross.”

Those of us who are following Jesus long to be like Him. Taking up Paul’s challenge to test the genuineness of our love through the matrix of our Christian giving is an excellent way to see how we’re doing.

Do you think it’s important that Paul wrote this in the context of the believer’s financial support of Kingdom work?

What does Paul mean by Christ’s ‘riches’ in this passage? Christ’s ‘poverty’?

With this in mind, what do you think constitutes true riches and true poverty in God’s eyes?

Do you think it’s significant that Jesus said it this way, rather than ‘Where your heart is there will your treasure be also’?

What are the things that God’s Word encourages us to treasure?

Are those things foremost in your life?

Do you believe Jesus when He promised that if you’ll “seek first the kingdom of God and his righteousness, and all these things will be added to you” (Matthew 6:33)?

How does this play out practically in your life?

How does what we give prove that our “love also is genuine” (2 Corinthians 8:8)?

What does your giving tell you about the genuineness of your love?