The Christian Soldier and the Word of God 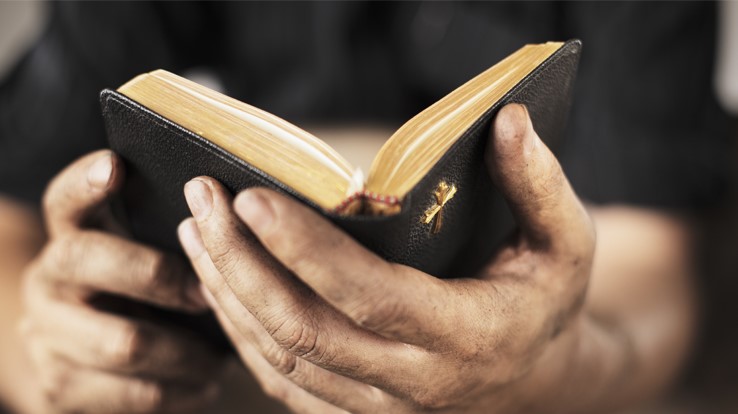 There’s something about a soldier in uniform that commands respect, yet without possessing weapons he or she doesn’t stand much chance of defeating an enemy who has equipment. Any weapon the enemy has will be an advantage over the person with none. Likewise, in the spiritual warfare we are engaged in moment by moment we are instructed by the apostle Paul to take up our only offensive weapon against the armies of darkness … “the sword of the Spirit, which is the word of God” (Ephesians 6:17b).

Thinking of that text in Ephesians 6 where Paul studies the Roman soldier’s equipment, there’s something that’s not mentioned in the text but is essential for the soldier’s survival: the instructions he receives from his superiors to be combat ready. Every soldier needs to be single-minded and focused, listening carefully to the officers during training.

If we are to be good soldiers of the Lord Jesus, we need to have the same perspective. This will give us victory over our enemy. Consider this text in 2 Timothy 2:1-4: “You then, my child, be strengthened by the grace that is in Christ Jesus, and what you have heard from me in the presence witnesses, entrust to faithful men who will be able to teach others also. Share in suffering as a good soldier of Christ Jesus. No soldier gets entangled in civilian pursuits, since his aim is to please the one who enlisted him.”

Whether we like it or not, we are soldiers in the Lord’s army and our devotion and obedience to the Lord and His Word are vital components in our discipleship. Through them we advance the kingdom and edify the body.

Psalm 119 uses several terms to describe God’s Word: The Law, testimonies, precepts, statutes, commandments. Pastor Gene has reminded us on many occasions that the Bible will keep you from sin, and sin will keep you from the Bible. I especially think of verses 9 and 11:

“How can a young man keep his way pure?

By guarding it according to your word.

I have stored up your word in my heart,

Now imagine a world, perhaps like that of the first century believer, where you as a follower of The Way are a hated and misunderstood convert of Jesus, the risen Christ. The culture around you, and perhaps those in your very family, are hostile to all you trust in and you stand weaponless! You don’t have the written Gospels to assist you in your daily battles with the world, the flesh, and the devil.

Jesus, the Living Word of God, has ascended into Heaven precisely as He said He would.

The Holy Spirit has come and indwelt believers, exactly as Jesus promised.

The Law, the prophets, songs and wisdom literature are available to some.

You could consult a devout Jew, perhaps even a rabbi, but only if you are a man. But what about all the things the Savior said and did while He walked the earth? How do you remember all the things you’ve been told about Him? What happens when you’re faced with a daunting trial and cannot recall any of it? Or if you live in part of the world He never visited??? Doesn’t that sound scarier than an episode of The Twilight Zone!

That was the case back then, but it’s still the case with many of our brothers and sisters in places where the Word of God is unavailable to them.  And for those who do manage to find it, it often comes at great cost and sacrifice. These believers are persecuted and threatened with great bodily harm – not only to them but to their families! And some have even given their lives to simply have a copy of the Bible. And remarkable, their chief request is not that the persecution would stop; it’s they’d have a copy of God’s Word!

In contrast, we in the West, and especially in America, are inundated with Bibles. Some of them sit collecting dust.  Some are family heirlooms. Some are trophies or even merely serve as decorations.

But tragically in our land of plenty – even among some who identify themselves as Christians, Biblical illiteracy is rampant. And many have been deceived into thinking that the Holy Scriptures are not divinely inspired! And if they are not truly the words of God, there’s no logical reason to live or die for what it says, right?

Disciples who have the truth of God’s Word as their foundation are equipped to employ it as weaponry. That means we apply it to every facet of our lives. Every decision we make is informed by it. We don’t stand in scrutiny of it; we allow it to scrutinize us. We allow it to change us into the likeness of the One who died to redeem us.

There can be no revival, no move of the Holy Spirit, no power in our personal walk to accomplish things of eternal value, or exaltation of the Name of Jesus apart from the Word operating in all its fullness.

Would we be noble vessels which the Lord could use to encourage weaker believers?

Or to invade the darkness of unbelief with the light of the gospel?

Or bear witness to the truth of God’s Word, immovable and steadfast, abounding in the work of the Lord? (1 Corinthians 15:58)