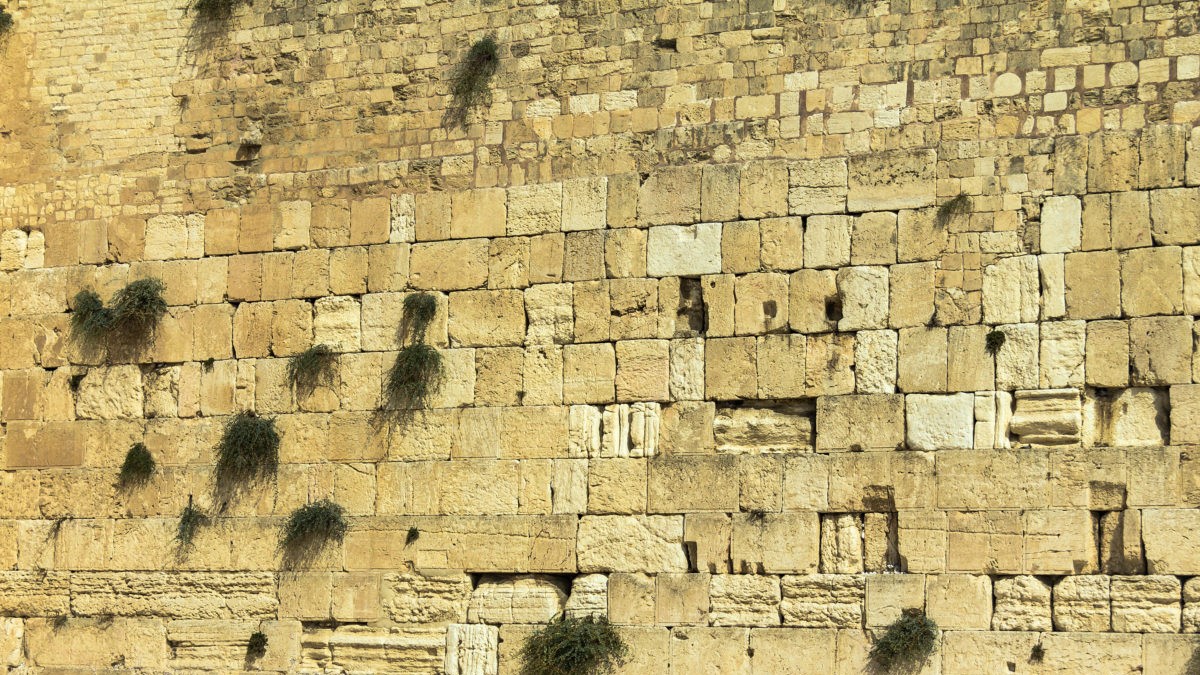 Dear Church, this morning I’m re-posting an article by Jack Wellman, pastor of the Mulvane Brethren Church in Mulvane, Kansas. Pastor Wellman does a nice job here of succinctly weaving together a number of important details that help explain our Lord’s cleansing of the Temple. His view, which is perhaps the majority view, is that there were two cleansings of the Temple – one at the beginning and one at the end of Jesus’ ministry. Others, notably Arthur Pink, present a compelling case for a single Temple cleansing. Either way, I think you’ll be blessed by Pastor Wellman’s words here. I’ve attached a few reflective questions for us to consider at the end of it.

In the Victorious One,

The Passover of the Jews was at hand, and Jesus went up to Jerusalem. In the temple he found those who were selling oxen and sheep and pigeons, and the money-changers sitting there. And making a whip of cords, he drove them all out of the temple, with the sheep and oxen. And he poured out the coins of the money-changers and overturned their tables. And he told those who sold the pigeons, “Take these things away; do not make my Father’s house a house of trade.” His disciples remembered that it was written, “Zeal for your house will consume me.”

So the Jews said to him, “What sign do you show us for doing these things?” Jesus answered them, “Destroy this temple, and in three days I will raise it up.” The Jews then said, “It has taken forty-six years to build this temple, and will you raise it up in three days?” But he was speaking about the temple of his body. When therefore he was raised from the dead, his disciples remembered that he had said this, and they believed the Scripture and the word that Jesus had spoken.

Why Did Jesus Have to Cleanse the Temple?

Jesus cleansed the Temple twice, but why did He do it? What was the purpose?

When Jesus saw the money changers taking advantage of those coming to exchange their currency to pay their Temple taxes and to buy animals for Passover sacrifices, He quoted Jeremiah: “Has this house, which is called by my name, become a den of robbers in your eyes? Behold, I myself have seen it, declares the LORD” (Jeremiah 7:11).

Jeremiah was saying this in the context of rebuking the nation of Israel. He wrote: “If you truly amend your ways and your deeds, if you truly execute justice one with another, if you do not oppress the sojourner, the fatherless, or the widow, or shed innocent blood in this place, and if you do not go after other gods to your own harm, then I will let you dwell in this place, in the land that I gave of old to your fathers forever” (Jeremiah 7:5-7).

So, Jeremiah tells them that “this house, which is called by my name, [has] become a den of robbers in your eyes. Behold, I myself have seen it, declares the Lord.” And in fact the Lord did see it – then and in Jesus’ day. So, when Jesus went into “the temple He found those who were selling oxen and sheep and pigeons, and the money-changers sitting there. And making a whip of cords, He drove them all out of the temple with the sheep and oxen. And He poured out the coins of the money-changers and overturned their tables. And He told those who sold the pigeons, “Take these things away; do not make My Father’s house a house of trade” (John 2:13-16).

To be clear, Jesus never whipped one person or one animal. He only used the whip to drive out the livestock, but never used the whip on any man or beast (Matthew 21:12). He did overturn the money changers tables, but you can certainly understand why.

Most biblical scholars understand that Jesus cleansing the Temple was no small accomplishment. For one thing, it was a huge operation. The part of the Temple that Jesus cleansed was called the courtyard and was as far as the Gentiles could go. But the courtyard was filled to the brim with all sorts of livestock and birds which were all being sold or exchanged for the sacrifices at the Temple.

And this was not just a small farmer’s market!

When Passover came, Jerusalem swelled to nearly half a million travelers who came to make their Passover sacrifice. Josephus computed the number of Jews present in Jerusalem at Passover to be no fewer than 3,000,000 – and those Jews would need a lot of animals to sacrifice (either a lamb or a bird; whichever the family could afford).

So, the number of lambs alone would be about a quarter of a million lambs if there were one lamb per family of 10 or so. But conservative estimates may be closer to about 300,000, at least in Jesus’ day.

Still, that’s a lot of animals and in a relatively small area. And then there were the money changers who may have numbered in the thousands!

A Den of Thieves

The Jerusalem Temple sat on the top of the Temple Mount, which covered about thirty-five acres. So, there was sufficient space for hundreds of money changers. And since it was impossible for some of the Jews coming to Jerusalem to bring their own animals for sacrifice, they had to buy them once they entered Jerusalem.

But the problem was they were being taken advantage of – or really, exploited.

One example: when they came to pay the obligatory temple tax they had to exchange Roman coinage into the acceptable currency. When the Pilgrims came, often from long distances, the money changers forced the Pilgrims into paying exorbitant exchange rates for their currency. So, both the money changers and sellers (of livestock) were exploiting the poor and overcharging even the poorest man’s offering (Leviticus 5:7).

This is why Jesus cleansed the Temple. He was angry at their taking advantage of the Jews. The Temple was full of thieves and greedy merchants, and, sadly, the very ones responsible for all this merchandising were the priests who were putting their blessing upon it by allowing it – because by allowing it, they were condoning it.

Jesus is coming again to cleanse the earth of sin but, first of all, He will deal with those who refuse to repent and trust in Christ (Revelation 20:12-15). The Scriptures tell us Jesus cleansed the temple twice: once shortly after His ministry began (John 2:13-17), and another late in His ministry, during the Passover week (Matthew 21:12).

But today, Jesus is still cleansing the Temple, but not the one you generally think of. Jesus was so angry at these robbers! He “would not allow anyone to carry anything through the Temple. And He was teaching them and saying to them, “Is it not written, ‘My house shall be called a house of prayer for all the nations’? But you have made it a den of robbers” (Mark 11:16-17).

Today, the Temple is our bodies, and, for believers, the Temple is no longer necessary because the Holy Spirit dwells in and lives in every believer. It is just as the Apostle Paul wrote. Our “bodies are the temple of the Holy Spirit” (1 Corinthians 6:19). So, even though [today] Jesus might not have to make a whip out of cords, He does have to discipline us in love.

Why do you think Jesus was so offended by the animal sellers and money changers in the Temple?

What might that say about those who are exploited by others today, especially in a ‘Christian’ context?

Pastor Wellman makes the point that our bodies are the Temple of God, the dwelling place of the Holy Spirit.

Is there anything that the Lord desire to cleans in your Temple?

What’s preventing that from happening?