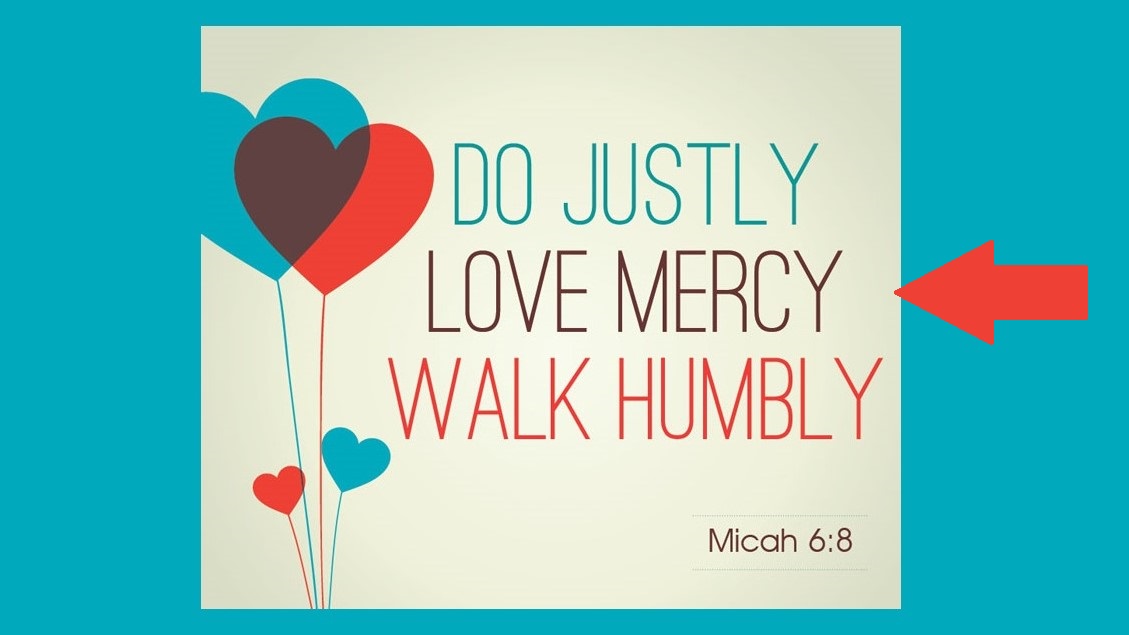 A Mercy That Transforms

We’ve previously seen that justice (like mercy) is something that God expects to find growing in His children because He Himself is just and merciful. To act justly is to work for equity and fairness, to work to right wrongs and fix what’s broken.

My sin deserves condemnation from God, but I’ve found forgiveness.

My transgressions made me God’s enemy, but I’ve found mercy.

I’ve received from God’s hand what I didn’t deserve.

But, while that’s certainly true, God is not content that I remain a mere mercy-receiver; He expects me to become a mercy-bearer.

In the Parable of the Unmerciful Servant, Jesus drives this point home in technicolor! In it, the master is furious with his servant for his lack of mercy. The servant had been forgiven an enormous debt by his master, but then refused to forgive his fellow servant a much smaller debt. He treats the man with cruelty rather than mercy and his lord is none too happy when he hears about it. “You wicked servant!” he says, “I forgave you all that debt because you pleaded with me. Should not you have had mercy on your fellow servant, as I had mercy on you?’

Yikes! Jesus calls the servant who holds back mercy from one who needs it a “wicked” servant and then concludes the parable with hard words: “And in anger his master delivered him to the jailers, until he should pay all his debt. So also my heavenly Father will do to every one of you, if you do not forgive your brother from your heart” (Matthew 18:23-35).

Do what you will with this passage, but I’ll say this: If you come away from it with any message other than ‘the Lord is serious about finding mercy and forgiveness growing in the people He’s forgiven,’ you got the wrong message!

In a nutshell, Jesus is saying, “Be merciful, even as your Father is merciful.”

In this we see the glory of God’s plan to reproduce His life through us: that all who have been kissed by mercy – that’s you and I – would go out into the world as mercy-bearers and do good to our enemies. That we would touch someone with something that just might change his or her life forever and lead them to the Father’s house.

When God gives us His mercy, He looks for it to transform us.

Hebrews 4:16 promises mercy to all who approach His “throne of grace with confidence.” But it’s no less true that He expects those who come to us to find it too!

Forgiveness as the Kiss of Mercy

What does it look like to dispense mercy? How do we even do that? I think the most obvious way we give mercy to others is by forgiving them their trespasses against us – even the hard stuff.

“It is easier to forgive an enemy than to forgive a friend,” William Blake once wrote, and he was right. When the one who hurts us is the one closest to us, the wound runs deep. But what a glorious opportunity that wound makes for us to be merciful!

To do so is anything but easy. To be a mercy-bearer at such times requires a life that’s been transformed by God – forgiven much, so able to forgive much.

Forgiving from a place of pain is one of the most difficult things that God asks us to do. Mark Twain once quipped that “forgiveness is the fragrance that the violet sheds on the heel that has crushed it.”

But, while it’s difficult, it’s so distinctively Christ-like! When we deserved judgement, Jesus bore our terrible sins. He restored us and brought us back to the Father. He suffered what He didn’t deserve so He could give us what we didn’t deserve.

And so, we seek to be “imitators of God, as beloved children” and to “walk in love, as Christ loved us and gave himself up for us, a fragrant offering and sacrifice to God” (Ephesians 5:1-2).

As followers of Jesus, we strive to be like Him. And what is He like? He is merciful and forgiving, demonstrating His love for us by His own sacrifice.

The practice of mercy, then, is not merely suggested, it’s expected.

“Whenever you stand praying,” Jesus said, “forgive, if you have anything against anyone …” (Mark 11:24-25a). In another place He said, “First be reconciled to your brother, and then come and offer your gift” (Matthew 5:24).

The greatest thing about mercy is its victory dance! It always triumphs over the enemy and brings good to all it touches. When I deserved condemnation, mercy found a way to give me something else, something far better, something good. Mercy has triumphed over judgment!

The Greek word translated “triumph” in James 2:13 (κατακαυχάομαι) is such a great word! It literally means to brag, to “boast at the expense of another.” The word was used to describe a gladiator exulting over his defeated foe (BAGD, 3rd ed., p.517).

That’s what God has done for us, friends. While we were yet His enemies, He found a way to bring us something good. Through the unimaginable love of Jesus, He found a way for mercy to thumb its nose at judgment and say, ‘Na na na goo goo!’

And when we do the same – when we forgive those who have hurt us, when we give mercy where railing is deserved – we’re giving the devil a little taste of what’s waiting for him just around the corner. For Paul reminds us, “The God of peace will soon crush Satan under your feet” (Romans 16:20).

God wants us to “love mercy” because He loves mercy.

And, while the German poet Heinrich Heine was being clever when he wrote, “God will forgive me; it’s his job,” God is forever reminding us that it’s our job too!

What do you think they each say?

(Consider that mercy and forgiveness might not be skills to be learned, but virtues that flow from a close and transforming walk with Jesus.)