Hope for the Spiritual Vagrant 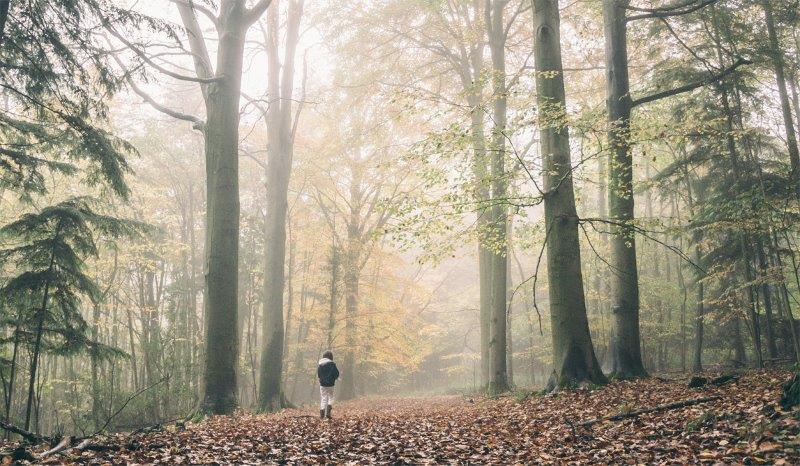 in Discipleship, Obedience, Walking With God

Wandering is a common occurrence in the Bible. Right from the beginning, Adam and Eve were driven from the garden of Eden and sent in an eastward direction with no possible way to return. Cain was the next. His rejection of grace which drove him to premeditate his brothers murder, led to his three-fold punishment; malnourishment, being targeted as a fugitive, and wandering aimlessly on the earth.

Other instances of wandering were more self-imposed. Take the story of Elijah, for instance. In 1 Kings 18, Elijah publicly exposes the false religion of Baal and executes the false prophets. Soon after, we see him sprinting ahead of King Ahab’s chariot to avoid being swept away in the flood of water.

You would think after such examples of God’s power being displayed through Elijah, he’d be emboldened with a significant level of confidence. Yet, in the following chapter, a decree for his capture by the psychopathic Queen Jezebel was all it took to send the brave prophet fleeing for his life.

When next we see Elijah, he’s in such emotional turmoil he’s praying for death to come to his rescue. Fortunately, God is not going to answer such a request. Instead, He commands life-strengthening provisions be brought to him through an angelic currier. This was the third time God had provided for Elijah during a period of wandering.

In chapter seventeen of I Kings, God commanded ravens (which in and of itself is amazing as ravens are scavengers) to provide food for Elijah. Later, a canaster of flour and a jar of oil became enough to sustain Elijah, an unnamed widow and her son through the duration of a famine.

Elijah’s story is just one example of how hope is provided to God’s people during times of wandering. When the Israelites stood on the threshold of the promised land and were overcome with fear, rather than abandon them, God provided every necessity for 40 years. When Sarah protested to Abraham and demanded Hagar and her son Ishmael be driven out from the land, God visited Hagar, provided for her and kept His promise to make a great nation of her son.

Many did not ask to be driven to wander, but God revealed himself and affirmed his love during those hard circumstances. Some, like Abram, were by God to fulfill an amazing purpose. Others, for reasons only the Lord himself knows, are born to wander, Psalm 58:3 …

“The wicked are estranged from the womb;
they go astray from birth, speaking lies.”

We share the planet with these wicked wanderers. We’re shocked at the intensity of evil they conduct and sordid depravity they openly celebrate. Yet, we should not be surprised. This assault against morality and all that is holy has existed since the first act of defiance. God’s sovereignty ensures that there is a purpose for what appears to be the senseless evil of those cursed to wander among us.

American Christians live in protective bubble-wrap. Insulated from much of the injustices faced by our brothers and sisters living in lands hostile to Christ. Yes, we continue to be free to worship, yet, we are not free from the temptation to wander away. We take way too much for granted.

This morning my brother, Deacon Marc told me how he and his wife Joy pondered over this statement from Susie Larson: “What if you woke up tomorrow morning and you only had the things you thanked God for yesterday?”

That is really an amazing question! It reveals so much about my ingratitude. My tendency to want nothing more than to walk away from challenges and difficulties that God has allowed in my life. To abandon the very things necessary for me to be transformed to what God has predestined me to become. To wander off to something, someone, or somewhere just to satisfy my selfish heart.When I think about that, the words of Isaiah 53:6 ring so loudly in my mind.

Author Paul David Tripp writes of this in his August 2nd entry in his daily devotional, New Morning Mercies:

Perhaps Isaiah 53:6 is the most accurate diagnostic passage in the Bible: “All we like sheep have gone astray; we have turned – every one – to his own way; and the Lord has laid on him the iniquity of us all.”

Now, what you have to see first is that this passage is divided into two parts, diagnosis and cure. You simply will not be interested in the cure if you haven’t accepted the diagnosis, and you have to know that the cure is only as effective as the accuracy of the diagnosis.

The diagnosis: All have gone astray, each turning to his own way.

The first thing that should hit you in this diagnosis is that it is all-inclusive. There are no exceptions. It is an accurate description of the heart and life of every person who has ever lived. You and I must forsake our attempts to convince ourselves and others that we are exceptions. Whatever this passage is describing is something we all do. What is it? Well, in some way we all wander away from the Creator’s plan for us. We all find ways to step outside of his boundaries. We all do things that he does not want us to do and fail to do what he has called us to do. In fact, we all, in word, thought, or deed, in moments of foolishness, weakness, or self-interest, wander away every day.

The passage says we’re like sheep. That’s an important element of the diagnosis; sheep wander because they’re sheep. It is their nature to do so. So, our wandering-away problem is deeper than moments of bad choice and behavior. Our problem is a matter of nature. There is something inside us, something with which we were born, that causes us to wander away from the good and wise will of the Great Shepherd, and the Bible names it – sin. Sin is a matter of our nature before it is ever played out in our behavior. And what does that sin do to us? It causes us to make life all about us, to want little more that our own way, and to live like little self-sovereigns.

Well. Systems of behavior reformation won’t work for us because our problem is deeper than behavior, Systems of self-help won’t work because we are our own biggest problem. There is only one place to run for help. There is only one place to find a cure. It is only ever found in God’s redeeming grace. The grace that placed our iniquity on the Savior, so that we could be both forgiven and delivered, is more powerful than our sinful natures. Our cure is not a system; it is a person, and his name is Jesus! Run to him, he really is all that you need.

What was the catalyst that sent you wandering?

Have you seen glimpses of God in your wandering?  How?

What did you learn from your wandering?  About you?  About God?

What spiritual truths did the Lord show you that took you to a deeper level of discipleship?

Is there something you need to speak to Jesus about?