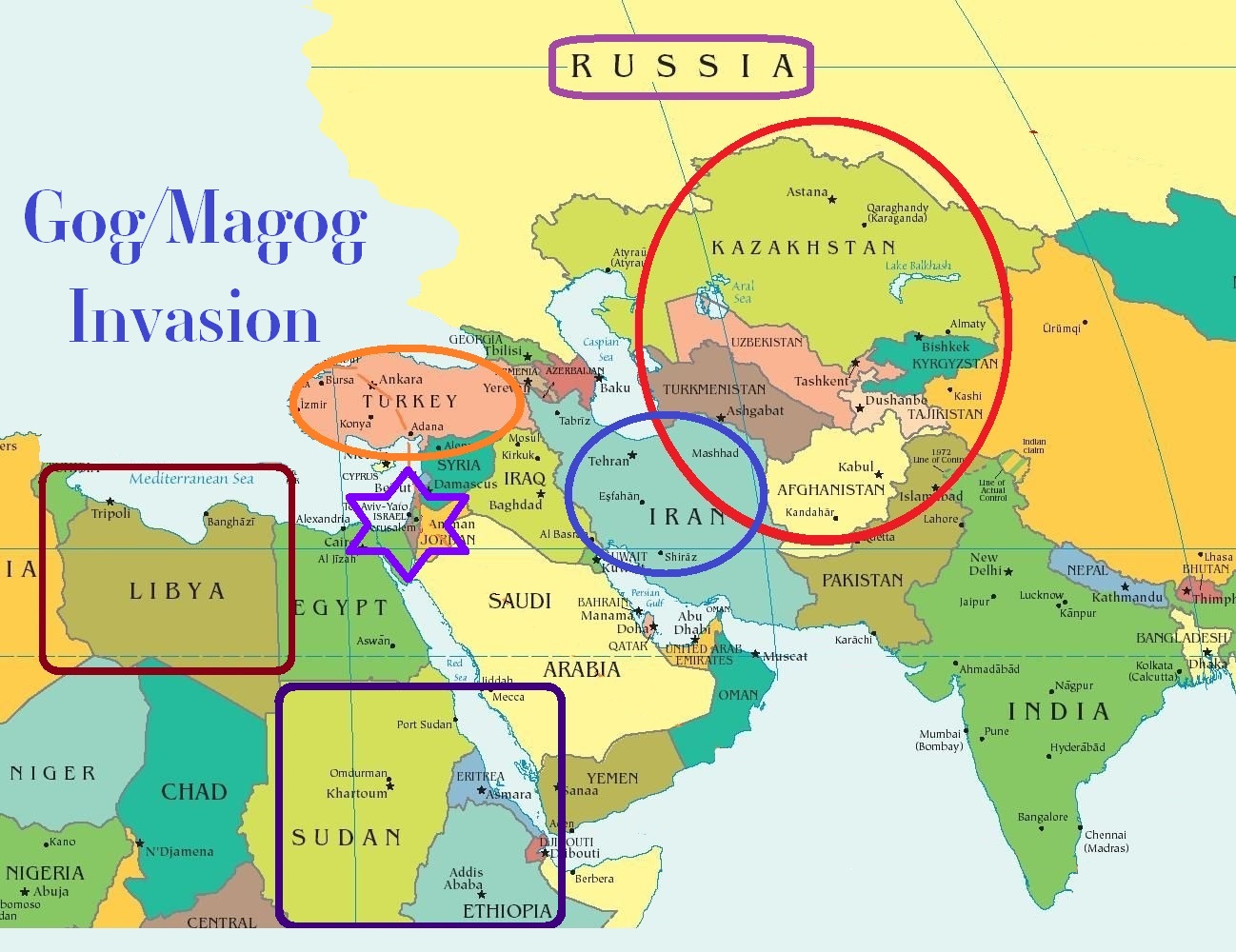 “And I will turn you about and put hooks into your jaws, and I will bring you out, and all your army, horses and horsemen, all of them clothed in full armor, a great host, all of them with buckler and shield, wielding swords … But on that day, the day that Gog shall come against the land of Israel, declares the Lord God, my wrath will be roused in my anger.”