Drifting from the Father’s Love 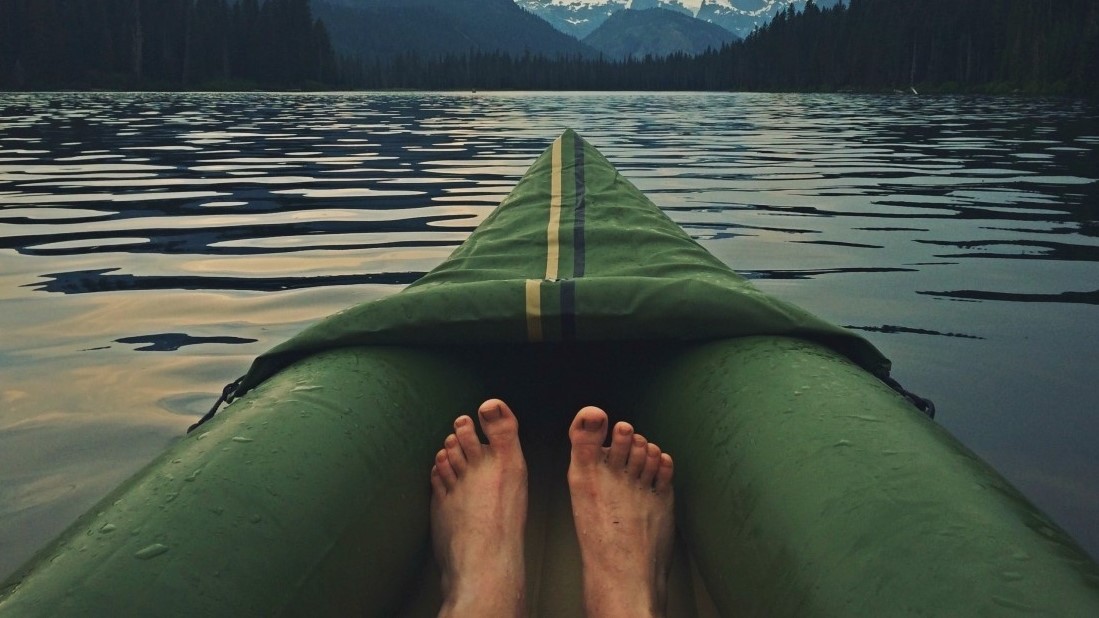 In Luke 15, a conflict is about to bust out between Jesus and the Pharisees and scribes. Jesus is becoming popular – too popular – and with all the wrong kinds of people.

“Now the tax collectors and sinners were all drawing near to hear Him, “Luke tells us, “And the Pharisees and the scribes grumbled, saying, ‘This man receives sinners and eats with them’” (Luke 15:1-2).

Jesus could have handled this any one of dozens of ways. (Rebuke, anger, bringing down fire from the heavens were all strong possibilities, no?) But Jesus decided to answer their contentions with delicate mercy, with compassion. He told them a story – three stories actually – that all led to the same conclusion. God is love and God loves to seek out lost things.

First, Jesus told a parable about a man who had a hundred sheep and lost one and left the ninety-nine in the open country to go after the one that was lost. He told of the joy the man had when he found the lost sheep, laying it upon his shoulders and rejoicing. Furthermore, when he arrived back home, he called together all his “friends and his neighbors, saying to them, ‘Rejoice with me, for I have found my sheep that was lost.’” Jesus made sure they understood the point of the parable: “Just so, I tell you, there will be more joy in heaven over one sinner who repents than over ninety-nine righteous persons who need no repentance” (Luke 15:3-7).

Then He told a second story, one about a lost coin. A woman had ten silver coins, but lost one. She lit a lamp, and swept the house to find it. When she did, she called together her friends and neighbors, saying, ‘Rejoice with me, for I have found the coin that I had lost.’ Again, Jesus made sure his opponents wouldn’t miss the point: “Just so, I tell you,” He said, “there is joy before the angels of God over one sinner who repents” (Luke 15:8-10).

Finally, He told them the story of a lost son – a prodigal son. The younger of two brothers asks his father for his inheritance early. With it, he “gathered all he had and took a journey into a far country, and there he squandered his property in reckless living. And when he had spent everything, a severe famine arose in that country, and he began to be in need. So, he went and hired himself out to one of the citizens of that country, who sent him into his fields to feed pigs. And he was longing to be fed with the pods that the pigs ate, and no one gave him anything.” Eventually, he came to a change of heart. He says, “I will arise and go to my father, and I will say to him, ‘Father, I have sinned against heaven and before you. I am no longer worthy to be called your son. Treat me as one of your hired servants.’” But when he returns he finds a father who receives him as the son he always was. His father saw him and felt compassion and ran and embraced him and kissed him. Furthermore, he commanded his servants to fetch the best robe and to put it on him, to put a ring on his hand and shoes on his feet, and to bring the fattened calf for a celebration. “My son was dead,” he said, “and is alive again; he was lost, and is found.” Jesus simply says, “They began to celebrate” (Luke 15:11-24).

At some time in our lives all Christians drift. We lose sight of what God has done for us. We forget how much He loves us. We forget what we’ve been rescued from.

Perhaps we begin to believe the world’s lies, lies that tell us we can somehow find a lasting happiness outside of a walk with God. And, sometimes, this spiritual drift becomes a wandering. Sometimes we are away from the Father’s house for months or even years.

While I disagree with many of Christian writer Kent Roberts’ theological positions, he’s written a compelling description of the journey back from the pigpen:

Maybe we wake up, and maybe we find ourselves with a case of amnesia. Confused and alone. In a pig’s sty of all places. Surrounded by slop. Dirty. Aching. Scared. Hungry. Looking even at the cobs the pigs eat and wishing we could somehow fill our own bellies.

Then, we look up, across the waters, to see a small town on the other shore. Somewhere, in the back of our minds, we recognize that place. We don’t know how, we don’t know why, but somehow, we just know; that village is “home.”

Maybe it’s because we feel a tug, a yearning in our chest, in our hearts and deeper still. Urging us on. Pulling us toward that place. To “home” …

[F]or those of us who do rise—those who see hope in the distance and let it live—we will round the waters of the vast lake and, eventually, reach the horizon, unsure of what we will say or even who will greet us. We will prepare our speeches, our prayers of forgiveness and penance, chanting them over and over again, trying to hold the guilt and fear at bay until our throat is raw and our mind aches.

Then, we see a figure cresting the horizon, rushing toward us, arms outstretched. Are they friend or enemy? Are we the enemy? Will we be allowed to say our prayers? Will they be heard? Will our penance be enough?

Before we can even decide, the figure descends, wrapping us in His arms.

Is this our Father? No, it can’t be: To dare and dream that we come from such splendor, such joy, such warmth? No. We came from the muck and mire of a pig’s sty. We know nothing more.

It is this image, this warm and forgiving image of the Father’s love, that the enemy longs to keep hidden from our eyes. Whenever we wander from the Father’s house we pay the costliest of all prices: We lose time with Him that we can never get back!

So, be careful of spiritual drift. It will rob us of life’s most precious gift.

Is your walk with Jesus closer, more intimate, than it was a year ago today?

Is something distracting you from the spiritual priorities found in God’s Word?

Have you lost fervency for the things of God since the time you were first saved? What’s changed? What was different then? How might you recapture that fire?

What little things might be subtly nudging you off course.

Are you neglecting prayer? Devotional time? Fellowship with other believers? Times of regular worship? Opportunities to serve others in Jesus’ name?

Why do you think each of the three Luke 15 parables mentions the joy and celebration that accompanies the lost thing being reunited with the one searching for it?

And why do you think in all three stories there is a public, communal celebration when that which is lost is found?