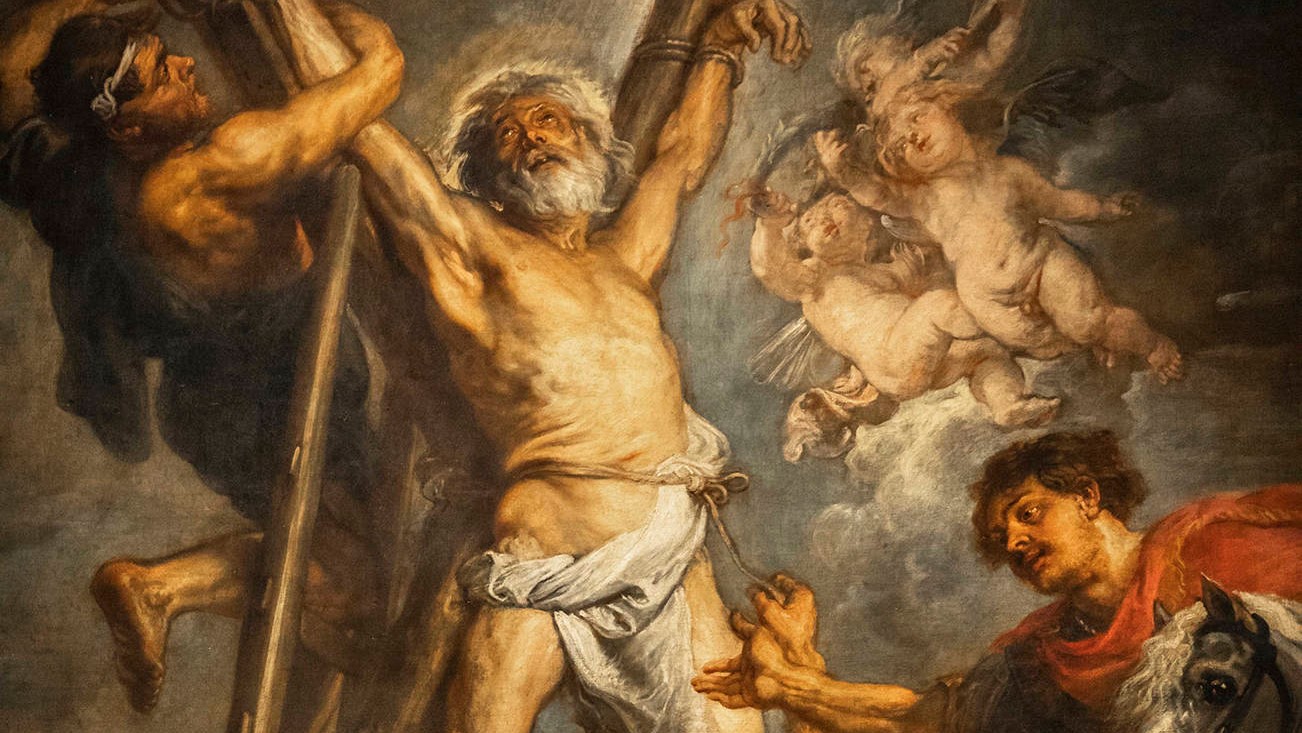 However, the picture of Andrew that does emerge from Scripture is altogether lovely and challenging to us as 21st century disciples! There are no questions appended to this blog as Dr. Scott Pauly “Ten Ways” will offer ample opportunities for personal reflection.

The Apostle Andrew seems to be a bit overlooked in the New Testament. His name pops up a scant twelve times, and four of these are in lists of the Apostles! We know that he was Peter’s brother. We know that when Jesus called him to become a fisher of men, he left his nets immediately (Mark 1:16–18). We know that Jesus was a guest in the home he shared with Peter in Capernaum – it was there that Jesus healed Peter’s mother-in-law (Mark 1:29–31). We know that Andrew was with Peter, John and James when Jesus predicted the destruction of the Jerusalem Temple (Mark 13:3). Matthew and Luke add nothing new to Andrew’s portrait.

The Fourth Gospel, however, gives Andrew more consideration. In John, he is the first of the apostles to be called by Jesus (John 1:35–40). Because of this, he is rightly called the Protokletos, the “First-called.”

The void left by the New Testament’s caricature of Andrew was filled by a late 2d century apocryphal account of Andrew’s ministry. The Acts of Andrew no longer exists in its complete form, but it was said to have been massive! (It was criticized for its “excessive verbosity.”) According to Gregory, the 6th century Bishop of Tours, “the Acts of Andrew narrated Andrew’s departure from Jerusalem to missionize Achaea, but he soon left Achaea to rescue Matthias from cannibals.” (Yes, CANNIBALS!)

He later returned to Achaea “converting pagans, exorcising demons, healing the sick, raising the dead, and breaking up families with his preaching of mandatory celibacy.” In the city of Patrae, Achaea, according to the Acts of Andrew, he converted Maximillia, the wife of the proconsul Aegeates who apparently embraced this encouragement to celibacy, much to her husband’s irritation! It was this, Gregory tells us, that ultimately led to his crucifixion (cf. D.R. MacDonald, in The Anchor Yale Bible Dictionary, Vol. 1, p. 243).

Andrew, Preacher of Celibacy Within Marriage?

Could this story be true? The celibacy angle certainly sounds ‘fishy’ to me, and not in an ‘IXTHUS’ way. (Ark, ark.)

By fishy, I mean anachronistic; it’s ‘out of its time.’ It’s a practice that developed much later in Church history and celibacy within marriage is clearly unbiblical. There’s no way in God’s round earth that Andrew would have learned that from walking with Jesus!

During the reformation both Luther and Calvin challenged the Roman Catholic Church’s view of celibacy in the strongest language. While celibacy is God’s declared will for the unmarried, it is all but forbidden within marriage! Paul addressed this issue in 1 Corinthians 7:3-5:

The husband should give to his wife her conjugal rights, and likewise the wife to her husband. For the wife does not have authority over her own body, but the husband does. Likewise, the husband does not have authority over his own body, but the wife does. Do not deprive one another, except perhaps by agreement for a limited time, that you may devote yourselves to prayer; but then come together again, so that Satan may not tempt you because of your lack of self-control.

Traditions are just that: traditions. They may or may not be true. This one is most assuredly not true. It is unimaginable to me that someone who walked with Jesus as intimately as Andrew did would have gone about preaching such doctrines of demons (1 Timothy 4:1).

It is, however, well-accepted that Andrew did travel to Achaia and got into trouble in Patrae, a city in that region. He apparently infuriated the proconsul by refusing to stop preaching Jesus. The proconsul demanded that the Apostle sacrifice an offering to their heathen gods. Andrew, who’d seen the risen Christ, of course refused. As a result, the proconsul ordered that he be severely scourged and then crucified.

Tradition holds that Andrew was crucified upon a Crux decussata, an X-shaped cross, and that in order to exacerbate his suffering he was fastened to the cross, not with nails, but with cords. For two full days he hung there, praising God and encouraging all who passed by him to embrace Jesus and come to saving faith. He died on November 30, but it’s not certain in what year.

While the biographical portrait of is less than complete, there is one wonderful attribute that emerges from Scripture about this “first-called” Apostle. We see it first in John 1:41. John tells us that “the first thing Andrew did [after he met Jesus] was to find his brother Simon and tell him, ‘We have found the Messiah!’” (brackets mine).

After this, Andrew only appears two more times in John’s Gospel, but here’s the thing: both times he is seen bringing someone to Jesus! In John 6:4-9, Andrew is the one who brings the little boy to Jesus who had the “five barley loaves and two fish” that our Lord used to feed the 5,000. And in John 12:20-22, Andrew heard from Philip that some Greeks were inquiring about Jesus and went immediately with him to tell Jesus about them.

Andrew understood that being a disciple of Jesus meant seeking out every opportunity to bring people to Jesus. He knew the purpose for which God had called him – and, in this sense anyway, his calling is not all that different than ours!

We’re all called to take seriously our responsibility to bring others to Jesus, to be an Andrew, if you will.

Dr. Scott Pauly suggest 10 ways that we might begin to bring others to Jesus ….

When Jesus told His disciples about the soon-to-come Holy Spirit, He said, “You will receive power when the Holy Spirit has come upon you, and you will be my witnesses in Jerusalem and in all Judea and Samaria, and to the end of the earth” (Acts 1:8).

He also told them to “go therefore and make disciples of all nations, baptizing them in the name of the Father and of the Son and of the Holy Spirit, teaching them to observe all that I have commanded you. And behold, I am with you always, to the end of the age” (Matthew 28:19-20).

Do you know what else Jesus said? He said, “I tell you, there will be more joy in heaven over one sinner who repents than over ninety-nine righteous persons who need no repentance” (Luke 15:7).

Here’s a secret that Satan would love to keep from us: there is no joy in this life like the joy that comes from bringing someone to Jesus and watching as the Lord captures his or her heart.

So, Christian, how long has it been since you’ve experienced that joy? If it’s been too long, why not ask the Lord to stir up a fire for evangelism within your heart?

So, let’s resist the attempts of the world, the flesh and the devil to anesthetize us to the need that’s all around us.

Perhaps we could begin by praying, “Lord, make me an Andrew!’