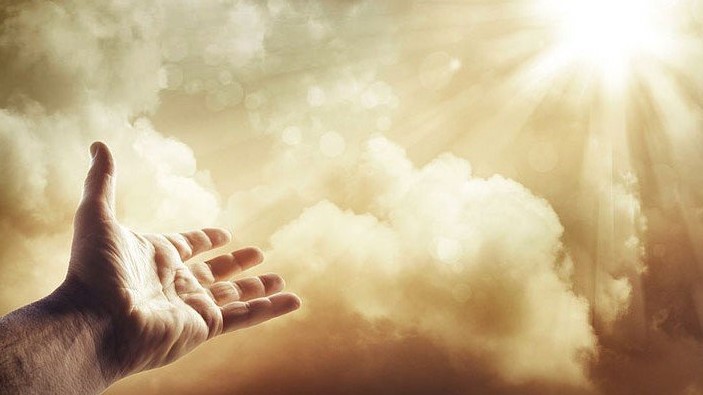 Do you remember how in 1 Samuel 15 God gave Saul the victory over the Amalekites? His instructions to the king were pretty straight forward: “Attack the Amalekites and totally destroy all that belongs to them” (15:3).

Clear enough, right? This included their animals – “cattle and sheep, camels and donkeys,” nothing was to be spared. Saul however, provoked God’s anger by taking the king of the Amalekites, Agag, alive as a sort of battle trophy he could parade around to celebrate his great victory. He also spared “the best of the sheep and cattle, the fat calves and lambs – everything that was good. God’s Word says, “These they were unwilling to destroy completely” (15:3, 9).

The interesting thing about this story is that Saul later justified what he had done using ‘religious’ reasons. When the prophet Samuel entered the camp, he immediately asked, “What then is this bleating of sheep in my ears? What is this lowing of cattle that I hear?” Saul answered, “The soldiers brought them from the Amalekites; they spared the best of the sheep and cattle to sacrifice to the Lord your God, but we totally destroyed the rest” (15:14-15, italics mine).

Samuel was angry. “Enough!” he cried. “Why did you not obey the Lord?” Saul, either self-deceived or lying like a rug replied, “But I did obey the Lord. I went on the mission the Lord assigned me. I completely destroyed the Amalekites and brought back Agag their king. The soldiers took sheep and cattle from the plunder, the best of what was devoted to God, in order to sacrifice them to the Lord your God at Gilgal.” Samuel responded by asking the obvious: “Does the Lord delight in burnt offerings and sacrifices as much as in obeying the Lord? To obey is better than sacrifice, and to heed is better than the fat of rams” (15:16a, 19-22).

Interesting discussion, isn’t it? Saul basically says, ‘I disobeyed God so I could put together a really big sacrifice to honor Him at Gilgal. I disobeyed Him to honor Him!’

I know, I know, this seems absurd. But, truth be known, I’ve been guilty of more than a little ‘religious’ hypocrisy of my own in my walk with Jesus from time to time. There have been times when I’ve just gone through the motions and made a fair show in the flesh without first giving to God what He foremostly desires of me: my heart.

The truth is, anytime I do the things I should do without first surrendering my heart, I’m arguing along the same lines as Saul. What I do matters. But until I give Him my heart, I can’t see God’s will clearly. God had Saul’s obedience in one area, his disobedience in another area and his heart in no area. Until I surrender my heart, little else I do will be pleasing to the Father.

Consider Proverbs 23:26: “My son, give me your heart, and let your eyes observe my ways.” I see the first part of this proverb as the horse and the second as the cart. It’s the giving of my heart to God each day that allows me to truly observe His ways. The former pulls the latter.

How to Make Everything Clean for You

Here’s an example: giving alms to those who are needy can be a wonderful expression of love. In fact, the Greek word translated ‘alms’ essentially means compassion. The giving of our material goods to someone who is lacking the necessities of life is a beautiful gesture. Furthermore, it can be truly Spirit-led, flowing from genuine Christian love, one of the Spirit’s fruits.

It’s interesting though that when Jesus talked about giving alms, He took it to a very surprising place. He was speaking to the religious leaders of His day, men who liked to give in a very public way. They loved to be seen performing these acts of charity. They were very proud of the alms they gave and they loved people to see their generosity! They were far more concerned with being seen as godly, than they were with actually relieving the suffering of the poor.

Jesus saw through their religious hypocrisy. They certainly looked holy enough, but their façade masked hearts that were far from the Father. So, Jesus called them out on it, and what He said must have cut them to the core! “Give as alms,” He said, “those things that are within, and behold, everything is clean for you” (Luke 11:41).

Whew! Heavy, right? He’s saying, ‘Give your heart first – that which is inside – and then all that you do will be pure before Him.’

Giving God My Heart is the First Part of Obeying Him

God had commanded Israel to offer sacrifices – very specific and important sacrifices – and to observe several feasts and festivals. These they were commanded to do and these they continued to do.

Yet, as time went on their hearts strayed far from God. The sacrifices and festivals, however, continued. Although they were doing what He commanded, their hearts were filled with idolatry. To God, Jerusalem had become like Sodom and Gomorrah, fit only for judgment.

Finally, He spoke to the nation through the prophet Isaiah …

Hear the word of the Lord,
you rulers of Sodom!
Give ear to the teaching of our God,
you people of Gomorrah!

“What to me is the multitude of your sacrifices? says the Lord;
I have had enough of burnt offerings of rams
and the fat of well-fed beasts;
I do not delight in the blood of bulls,
or of lambs, or of goats …

Bring no more vain offerings;
incense is an abomination to me.
New moon and Sabbath and the calling of convocations—
I cannot endure iniquity and solemn assembly.

Your new moons and your appointed feasts my soul hates;
they have become a burden to me;
I am weary of bearing them.

When you spread out your hands,
I will hide my eyes from you;
even though you make many prayers,

And it’s in that context that He pleads,

“Come now, let us reason together, says the Lord:
though your sins are like scarlet,
they shall be as white as snow;
though they are red like crimson,
they shall become like wool.”

Our obedience is important to God, it certainly is. But, as these verses clearly show, the state of our heart is far more important. For only out of a right heart can flow the things that truly please Him.

As a follower of Jesus, I must never forget that true obedience begins with surrender, offering my heart to God as a daily choice. In this way, we show ourselves to be children pleasing to the Father.

Do you find yourself ‘offering the sacrifice’ though your heart’s not in it?

Think of the Lord’s Table. Has partaking of it become routine? Is it an empty ritual, or an active confession of your faith?

What about prayer? Is your prayer time special? Fresh? Full of life? Is it a conversation with your heavenly Father? Or is it more of a spiritual obligation that you need the check off for the day?

Is there a freshness of the Spirit’s presence in your life? Jesus said, “Whoever believes in me, as the Scripture has said, ‘Out of his heart will flow rivers of living water’” (John 7:38).  What do you think that means and does it sound like you most of the time? Some of the time? Rarely? Never?

Paul wrote that we’ve been risen together with Christ that “we too might walk in newness of life” (Romans 6:4). Does ‘newness’ characterize your walk with Jesus?