A Lesson from Florence 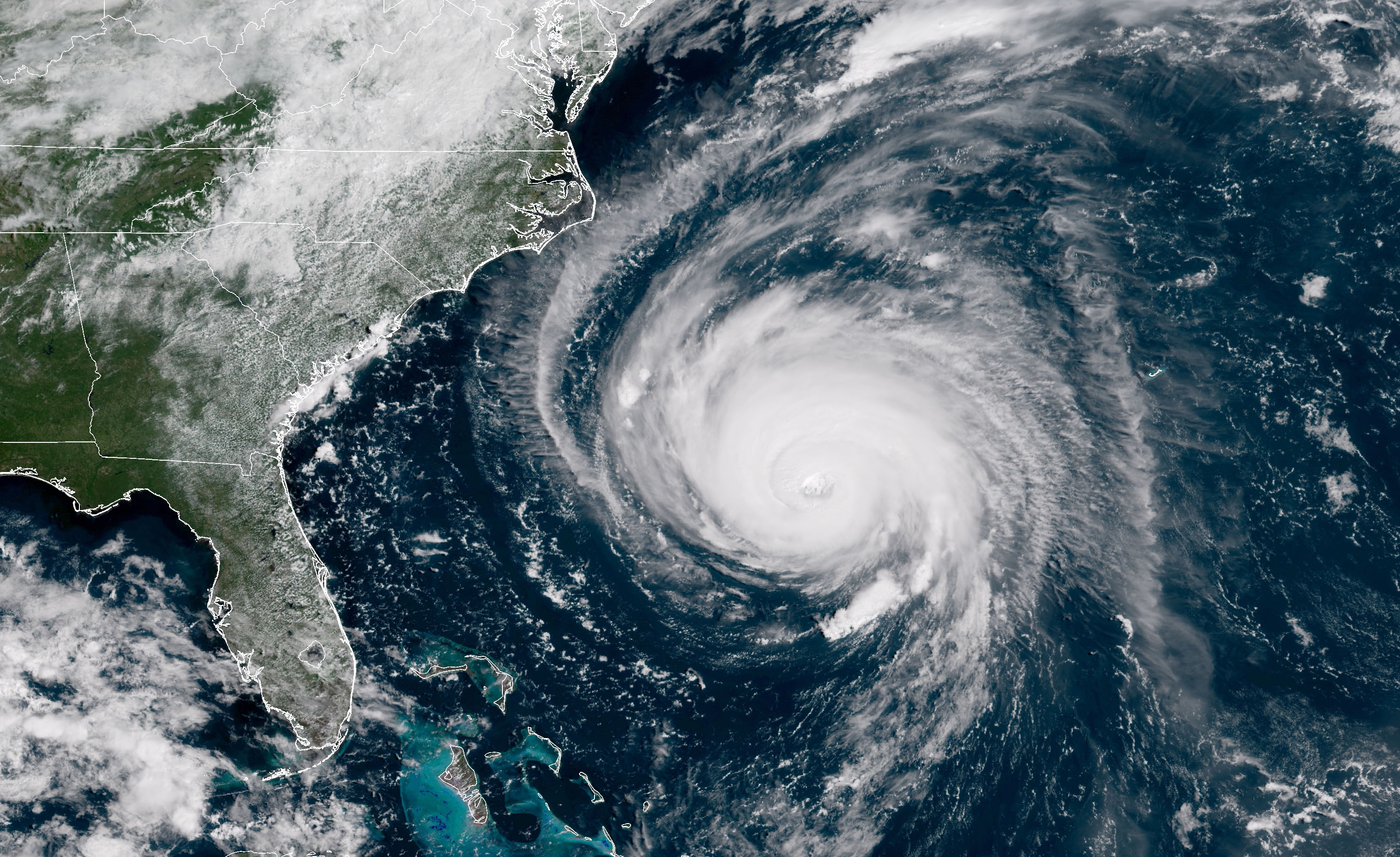 At the time I’m writing this, the coastline of the Carolina’s is bracing for the arrival of Hurricane Florence. Currently, Florence is reported to be some 200 miles off the coast moving slowly at about 15 mph with wind speed of 110 mph. Depending on location, the impact of the storm is expected to arrive sometime between Thursday evening and early hours of Friday. Once it arrives, it is expected to continue moving slowly on a westward course dumping anywhere between 20 – 40 inches of rain with sustained winds of 39 mph. As if that is not enough, a 9’-12’ storm surge is also expected to accompany this category 2 hurricane!

Category 2? Now that doesn’t sound really bad to me. Then again, I’m up here in New England hundreds of miles away from any threat from Florence. But it is seriously bad when you consider that Hurricane Katrina was reported to be a category 3 when it reached the coast of Louisiana in 2005. For several days now, government officials of the Carolina’s have issued warnings and advisories to the public and imposed mandatory evacuations. Those who do not comply and heed these warnings will put themselves and others in severe danger and may need to ride the storm out with no hope of being rescued.

On Wednesday evening, NBC ran a story of one Carolina couple, James and Dawn Allen, who, for financial reasons, decided to remain in their home hoping to ride out Hurricane Florence just as they had done in previous storms.

“The major reason is financial,” stated Mrs. Allen. She went on to say that many people have opened their homes, but you need gas money to get there, food money while you’re there and then you need more money to get back. The Allen’s reality was they simply did not have the money to escape, so their only option is to hunker down in their brink house with their two children and ride out the storm.

The Allen’s finances are not the only reason for remaining behind while others flee. Dawn suffers from an autoimmune disease which could easily make any length of stay at a public shelter a significant health risk.

The Allen’s have not turned a deaf ear to the warnings though. They have a 7-day supply of food and water and have experienced riding out several of these kinds of storms in the past.

NBC host Lester Holt asked the couple. “Do you feel like you are being shamed in your decision to stay?”  Dawn replied, “yes, people have asked how we could be so selfish and self-centered?” My response is, “if you have no means to get out, you can’t go.”

We read throughout Scripture there are consequences to neglecting or ignoring God’s warnings. He has given multiple examples over the centuries on how the faithful endured and the defiant suffered. The effects of sin and the fallen nature of man are all around us and to be honest, we can never hope to escape exposure to these, so long as we remain in this world. Like the reality faced by the Allen’s and many others awaiting the arrival of Florence, “If you have no means to get out, you can’t go.”

In Acts 20 we find Paul’s very emotional farewell to the Ephesian believers. He had lived and worked among them for three years and knew his departure would most likely mark the last time he would see them on this side of eternity. Luke records this in Acts 20:22-24:

“And now, behold, bound by the Spirit, I am on my way to Jerusalem, not knowing what will happen to me there, except that the Holy Spirit solemnly testifies to me in every city, saying that bonds and afflictions await me. But I do not consider my life of any account as dear to myself, so that I may finish my course and the ministry which I received from the Lord Jesus, to testify solemnly of the gospel of the grace of God.”

Paul had no means to get out of the path of the storm. How could he? He was bound by the Holy Spirit to go to a place where what awaited him was bonds and afflictions. Acts 20:36, 37 describe the moment before his departure:

“When he had said these things, he knelt down and prayed with them all. And they began to weep aloud and embraced Paul, and repeatedly kissed him, grieving especially over the word which he had spoken, that they would not see his face again. And they were accompanying him to the ship.”

As they walked to the ship, it’s possible some in the crowd may have made one last effort to convince Paul to remain safely in Ephesus. What was it that drove Paul onward to a place where he seemed certain he would be physically afflicted? What was it that sustained his resolve even in the presence of pleading friends? How did he fight off his own emotional desire to stay evidenced by the shedding of so many tears?

I’m convinced it was the storehouse of Bible doctrine and the deep conviction to the truths he wrote about in his letters and proclaimed in person. They were as real to him as the sting of a whip upon his back. So real, in fact, that he appears to never have allowed emotions, economic circumstances, threats of violence or even forces of nature to alter his determination to fulfill his calling:

“But I do not consider my life of any account as dear to myself, so that I may finish my course and the ministry which I received from the Lord Jesus, to testify solemnly of the gospel of the grace of God.” (Acts 20:24)

I believe that is why Paul included in his Ephesian epistle that he, “(did) not cease giving thanks for you, while making mention of you in my prayers; that the God of our Lord Jesus Christ, the Father of glory, may give to you a spirit of wisdom and of revelation in the knowledge of Him.” (Ephesians 1:17)

Like any faithful teacher, Paul wanted nothing more than for disciples of Jesus Christ to succeed in their calling here in earth. That, I believe, is what motivated his prayers and pressed him forward despite the encouragement to play it safe.

Bible doctrine is the breeding ground for wisdom, revelation and knowing the God in whom you serve and who’s image you are to reflect. It sustains you through the storms and trials of life and empowers you to stand in the place the Lord needs you when others tuck tail and flee.

When God is leading you through a difficult decision, how do you handle being “questioned” by well-meaning people?

Can you give an example and be willing to share with your group?