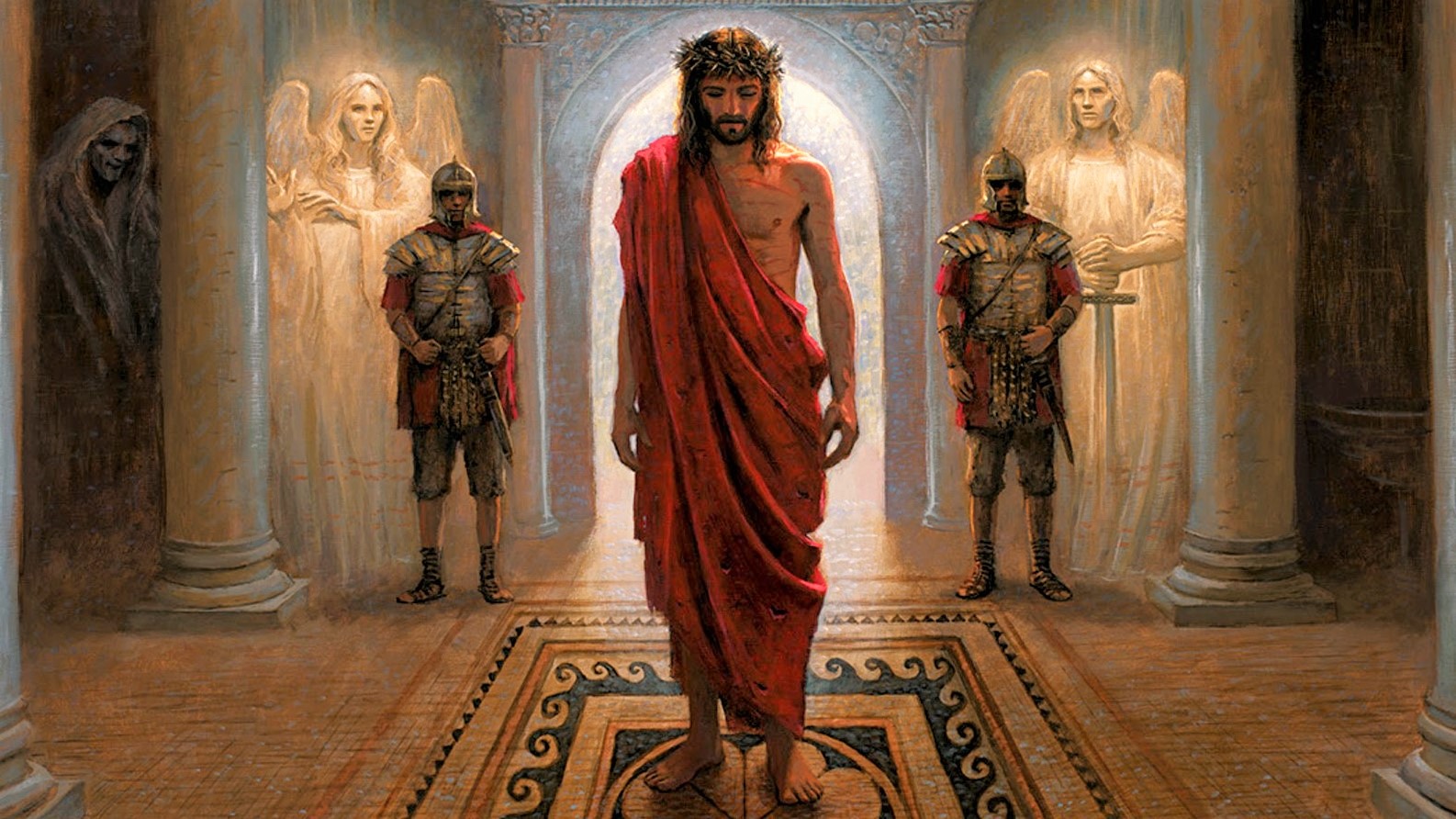 Power and authority are often put for the same thing, but they’re very different. Many mothers, for instance, often have very little power, but have tremendous authority. While love will cause you to lose power, leaving you vulnerable – as it does – to hurt, it will give you something far greater than power; it will give you authority. The authority of love.

Max Weber was an intricate thinker and a brilliant sociologist. He was born in 1865 in Erfurt, Germany. He was a “voracious reader with an encyclopedic knowledge.” Even as a young boy, he had an extensive knowledge of the Greek classics, and was “fluent in such philosophers as Kant, Goethe, and Spinoza before entering college.” This breadth of knowledge clearly set him apart from many other social thinkers of his age and gave his work a dense complexity. Turns out, he had a lot to say about the difference between power and authority (see especially, Weber, The Theory of Social and Economic Organization, 1947).

In Matthew chapters 5-7, we find Jesus so-called, Sermon on the Mount – the most beautiful sermon ever preached. Matthew 7:28-29 says, “when Jesus finished these sayings, the crowds were astonished at his teaching, for he was teaching them as one who had authority, and not as their scribes.”

Then, at the very end of Matthew’s Gospel, we have our Lord’s last words to His disciples before He ascended into Heaven: “And Jesus came and said to them, “All authority in heaven and on earth has been given to me. Go therefore and make disciples …” (Matthew 28:18-19a).

So, power and authority are not the same things. While power is energy, authority is the right to use that energy. For example, Satan has fantastic power, but his authority to use it is limited by God.

The Greek word translated ‘authority’ in our English text (ἐξουσία) means, among other things, “the right to act, the ability to do something.”

The word is used in Romans 9:21, where Paul asks, “Does not the potter have a right (ἐξουσία) over the clay, to make from the same lump one vessel for honorable use and another for common use?” The answer is, ‘Of course He does!’ The ‘right’ to act is the ‘authority’ to act. And God has the ultimate authority.

And here’s the thing about authority: all legitimate authority is delegated, with the exception of God’s own authority.

Consider what Paul says about civil authorities. “Let every person be subject to the governing authorities. For there is no authority except from God, and those that exist have been instituted by God. Therefore, whoever resists the authorities resists what God has appointed, and those who resist will incur judgment” (Romans 13:1-2).

Q. So where do governments get their authority?

Or consider this exchange between Pilate and Jesus: “[Pilate] entered his headquarters again and said to Jesus, “Where are you from?” But Jesus gave him no answer. So Pilate said to him, “You will not speak to me? Do you not know that I have authority to release you and authority to crucify you?” Jesus answered him, “You would have no authority over me at all unless it had been given you from above … From then on Pilate sought to release him” (John 19:9-11a, 12a).

Q. Where did Pilate get his authority?

So, Jesus told His disciples, “All authority in heaven and on earth has been given to me. Go therefore and make disciples of all nations,” and we go. We obey.

But why do we obey Him?

Because of His power? Because of coercion or force?

No, not at all! We obey Him willingly because of the love He’s shown us.

Which brings up another important point: authority comes through love. That’s why many moms, powerless as they may be, have great authority with their children.

In his book, The Power Delusion, Christian Sociologist Tony Campolo tells the story of two Philadelphia mobsters who on one occasion confronted the governor of the state. During the ugly event, captured on live television, the brothers were yelling at the governor who was visibly intimidated. Suddenly, out of the crowd stepped a little old Italian lady who walked up to the fearsome mobsters and said, “You and you, go home!” The boys instantly turned and left.

Who was this woman? Of course, it was their mother. That little lady had absolutely no power, but she had plenty of authority. And these two giants of the Philadelphia underworld backed off and said, “Alright, ma, alright.”

Now, how did this fragile old lady get those two goons to obey her so immediately and so willingly? Love had given her authority over them.

She had spent most of her life sacrificing for those boys. Loving them, protecting them, nursing them back to health when they were sick, cooking for them. And that love, played out over decades, had given her unimaginable authority over them. Years of love had earned her the authority of immediate obedience.

It’s no wonder, then, that Jesus said, “All authority in heaven and on earth has been given to me,” because no one has ever loved like He loved/loves us. And that love has earned Him the greatest possible authority in our lives.

He says, ‘Go,’ and we go! We long to obey Him, long to please Him – but not because of His power, not because of force or coercion. We obey Him willingly because His love has earned Him that authority in or hearts.

And those who love with God’s love – their husband or wife or children or neighbor or even their enemy – will find they possess something far greater than mere power.

He said, “You know that the rulers of the Gentiles lord it over them, and their great ones exercise authority over them. It shall not be so among you. But whoever would be great among you must be your servant, and whoever would be first among you must be your slave, even as the Son of Man came not to be served but to serve, and to give his life as a ransom for many” (Matthew 20:25-28).

Reflect upon this and the way you seek to influence people in your own life.

How does your approach line up with what Jesus is calling for?

What is revolutionary about Jesus’ teaching here?

How does this teaching run against our nature?

Why do you think God demands this kind of leadership in His Church?

Notice Peter’s insistence that Christian leadership be free of coercion or force – “not under compulsion, but willingly … not domineering over those in your charge, but being examples to the flock.”

How does this apply to the distinction between power and authority described above?

In being “examples to the flock,” one might ask, examples of what? (Answer: Christlikeness).

If you are a parent with a ‘little flock’ at home, do you think God expects a different kind of leadership from you than He expects from a pastor?

Likewise, if you are an employer, or have people under you, do you think God expects a different kind of leadership from you than He expects from a pastor?

Do you possess authority (willing influence) in someone’s life that was born out of love?

What did you learn from that experience?

Have you ever seen it in a church?

How did it effect you as a follower of Jesus?