The Truth About Cross-Carrying 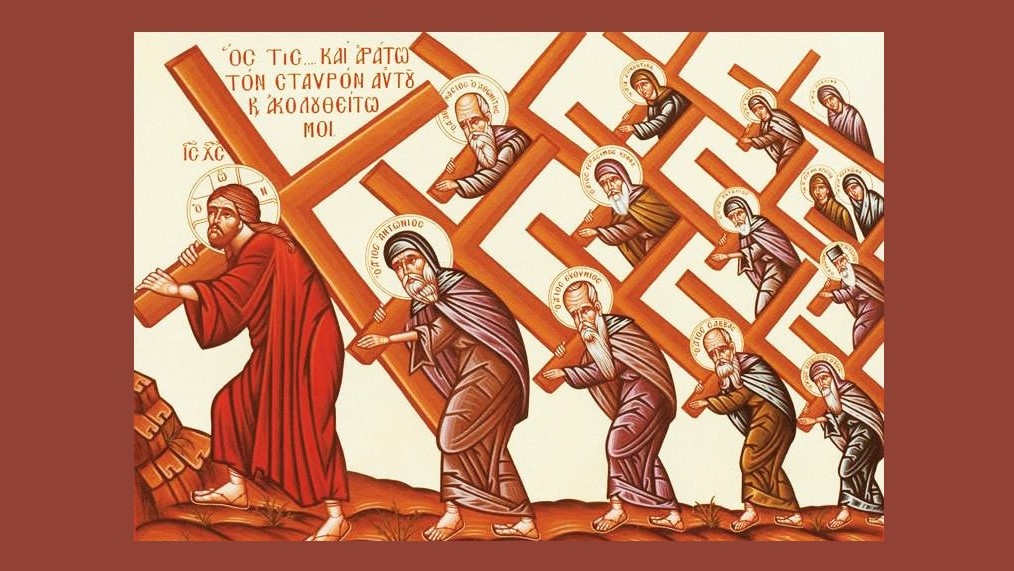 But following and imitating Jesus would come at a cost. Jesus Himself challenged His disciples with these words: “If anyone would come after me, let him deny himself and take up his cross and follow me” (Matthew 16:24).

These days, such verses are often dismissed as hyper-spiritual idealism. But they need to be embraced by believers for what they truly are: God’s blueprint for discipleship.

When Mrs. Zebedee approached Jesus with her sons, John and James, and asked Him to “say that these two sons of mine are to sit, one at your right hand and one at your left, in your kingdom,” Jesus replied, “You do not know what you are asking” (Matthew 20:21-22). Had she known what those seats would cost, she might not have asked!

Reading Paul and Jesus’ words one might almost think they’re trafficking in death. Both beckon Christians to a cross – an instrument of death, to co-crucifixion. Paul urges believers to be as he is, to imitate him, but then reminds us that he is “crucified” with Christ (Galatians 2:20). “I die every day,” he says in 1 Corinthians 15:31.

In light of these fascinating and challenging verses, we should consider carefully what Jesus means by saying, “follow Me.”

At one time in His ministry, a great crowd was accompanying Him – and many for the wrong reasons. So, at one point, Jesus turned to them and said, “If anyone comes to me and does not hate his own father and mother and wife and children and brothers and sisters, yes, and even his own life, he cannot be my disciple. Whoever does not bear his own cross and come after me cannot be my disciple” (Luke 14:25-27).

Imagine yourself in that crowd. Jesus was serving notice that God is not OK with anything coming between me and my following Him. Not father. Not mother. Not wife. Not children. Not brother or sister. And not even my own life.

Literally hating one’s family would have been a violation of the Law … He must not have meant here that one should literally hate his family. The stress here is on the priority of love … One’s loyalty to Jesus must come before his loyalty to his family or even to life itself (J.A. Martin, Luke [BKC] 1985).

Remember, Jesus declared that “whoever does not bear his own cross and come after me cannot be my disciple” (Luke 14:27). So, from there, Martin goes on to consider what Jesus’ command that each disciple bear his or her own cross really means:

When the Roman Empire crucified a criminal or captive, the victim was often forced to carry his cross part of the way to the crucifixion site. Carrying his cross through the heart of the city was supposed to be a tacit admission that the Roman Empire was correct in the sentence of death imposed on him, an admission that Rome was right and he was wrong. So, when Jesus enjoined His followers to carry their crosses and follow Him, He was referring to a public display before others that Jesus was right and that the disciples were following Him even to their deaths (ibid.).

So, to carry my cross is to publicly proclaim that Jesus is right and that I’ll follow Him wherever He leads regardless of the cost. Discipleship then is all encompassing.

God will simply never be content with taking second place in my life. But, after all, isn’t that the essence of the First Commandment? “I am the Lord your God, who brought you out of the land of Egypt, out of the place of slavery. Do not have other gods besides Me” (Exodus 20:2-3, HCSB).

‘You were slaves,’ God is saying. ‘You were bound with powerful cords to the enemy. I set you free! I released the captives! I alone am God. So, have no others!’

While the eye might naturally fall upon any of single words in this saying (“love,” “heart,” “soul,” “mind,” even “commandment”), I think all the literary arrows point to the tiny three-letter English word “ALL”. “You shall love the Lord your God with ALL your heart and with ALL your soul and with ALL your mind.”

So, carrying one’s cross encapsulates two great truths. “First, one must be willing to give up his or her primary allegiance to family and [even] self.” And second, “a disciple must bear the burden of public identification with Jesus even to death if necessary” (Tom Constable’s Expository Notes on the Bible, 2003).

The bottom line is that the Lord is seeking followers who’ve counted the cost and are willing to lay it all down.

He’ll accept nothing less than all.

What are you holding back from Him?

Is there something in you that needs to die, but that you’re trying to preserve?

Is there something or someone that stands above God in your list of priorities?

How do you reconcile this with Jesus’ words?

How has ‘abundant life’ manifested itself in you?

Has your family been a hindrance or a blessing in your spiritual journey?

How have you dealt with this challenge, if there is one?

Are you more of a ‘public disciple’ or a ‘secret agent’?

Is there something you need to speak with Jesus about?