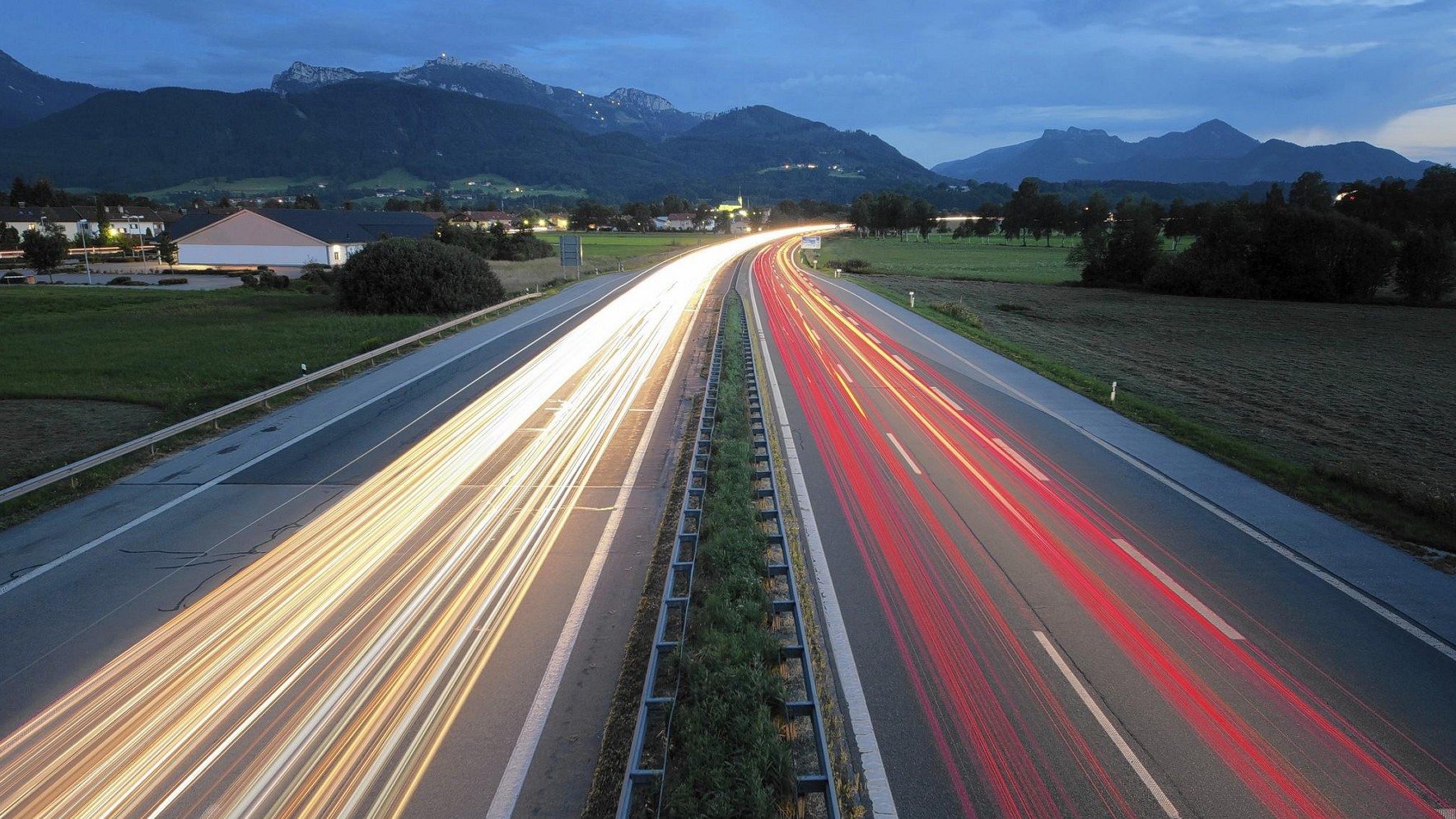 You might know the song Autobahn from the band Kraftwerk. It’s a quick little 23 -minute (!) toe-tapper in which they sing in German, “We’re driving, driving, driving on the Autobahn” over and over again to a wash of electronic music. It’s a krautrock classic.

To my American ear, it always sounded like they’re singing, “Fun, fun, fun on the Autobahn,” which made for a really weird, robots-have-swallowed-the-Beach-Boys kind of vibe.

Anyway, visiting Germany with Mary a few years back, I was fascinated with the Autobahn. The Autobahn is a federal system of roads that run throughout the country. It comprises more than 8,000 miles of highway, which ranks it as one of the “most dense and longest controlled-access systems in the world.” Sure, there are more miles of highway in the United States, and in China too, but both the U.S. and China are almost 30 times larger than Germany!

So, this makes for an incredibly elaborate, and incredibly dense, system of roads.

But here’s what really blew my mind driving along the Autobahn: it has NO SPEED LIMIT. For most classes of vehicles, there are no federally-mandated speed limits, except for in a few highly urbanized areas. There are “suggestions,” but no legal limits. Crazy right?

Predictably, drivers take full advantage of this freedom to zoom down the road at speeds which challenge lightening. On one stretch from the state of Brandenburg, the “average” speed of travelers was measured at 88 miles per hour. And that’s the AVERAGE speed! As I’ve mentioned previously, there’s a danger in moving through life so quickly. At such speeds accidents are inevitable. At such speeds, things fly!

I was thinking about this as I warmed my hands around a cup of coffee and watched the news. There’s a reason why we call this the age of the Information Superhighway. We’re moving fast. Really, really fast.

The amount of information that the average American confronts on a daily basis is dizzying. Some of it is innocuous and lighthearted firefighter-rescues-kitten-in-a-tree-type stuff. But there’s a lot of serious stuff too. There are stories about politics and political decisions that may well lead our children into war. One party accuses the other and the other party fires back in a mind-numbing display of immaturity more suited to Romper Room than the halls of Congress. And there’s a real problem with all of this because none of us – and I mean none of us – really knows who’s telling the truth. When FOX, CNN, and MSNBC are reporting widely divergent versions of the same story, somebody is lying – and they’re lying to us!

So, still warming my hands around that coffee cup – the one that bears the cherubic faces of my grandchildren – I click off the news and pick up my Bible.

I read of Jesus praying to His Father. He’s about to suffer and be crucified – to die in my place – so, He prays.

And there it is. God’s Word IS TRUTH!

I’m reminded to Whom I belong.

I’m reminded of the mission and the prize of the upward summons of the Lord Jesus.

I’m reminded of the promises of provision and ultimate deliverance.

And, unlike the chatter and fog all around me, I’m reminded of what’s True.

The uncertain noise of that big electronic box – the one that loves to tie me to the dust of this world – fades away under the weight of what really matters.

My hands embrace the warm faces of Jacob and Bella on my coffee cup, and my heart embraces the Word of God that cannot lie. Somehow, these two things have put the world in perspective for me. No matter what the day brings, it’s going to be a good one.