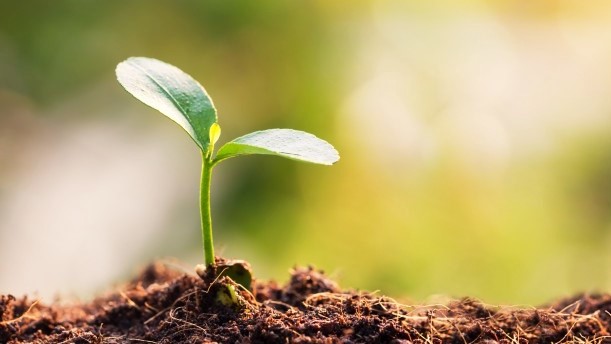 Nothing could be more important to us than understanding Jesus’ words to Nicodemus!

“Truly, truly, I say to you,” Jesus said, “unless one is born again he cannot see the kingdom of God.”

“Truly, truly, I say to you,” Jesus said, “unless one is born of water and the Spirit, he cannot enter the kingdom of God.”

Those who have experienced this ‘New Birth’ have become a ‘New Creation’: “If anyone is in Christ, he is a new creation, the old has passed away behold the new has come” (2 Corinthians 5:17).

And just how important is this? Well, Paul said, “Neither circumcision counts for anything, nor uncircumcision, but only a new creation” (Galatians 6:15).

In Arthur Pink’s classic commentary on the Gospel of John (Exposition of the Gospel of John, Swengel, PA: Bible Truth Depot, 1923), he wrote so insightfully on the character of the New Birth that I just had to share it with you.

You can approach this in one of two ways: first, you could simply read it and ‘get the gist’ of what the author is saying; or, better, you could pull over and park for a while – labor in these things, look up all the verses, breathe them in like spiritual oxygen! I humbly urge you toward the latter!

In the Victorious One,

The Character of the New Birth

What is the new birth? Precisely what is it that differentiates a man who is dead in sins from one who has passed from death unto life? Upon this point there is much confusion and ignorance. Tell the average person that he must be born again and he thinks you mean that he must reform, mend his manner of life, turn over a new leaf. But reformation concerns only the outer life. And the trouble with man is within.

Suppose the mainspring of my watch were broken, what good would it do if I put in a new crystal and polished the case until I could see my face in it? None at all, for the seat of the trouble is inside the watch. So, it is with the sinner.

Suppose that his deportment was irreproachable, that his moral character was stainless, that he had such control of his tongue that he never sinned with his lips, what would all this avail while he still had (as God says he has) a heart that is “deceitful above all things, and desperately wicked?” The new birth, then, is something more than reformation.

Religion is Not New Birth

Others suppose, and there are thousands who do so, that being born again means becoming religious. Tell the average church-goer that “Except a man be born again he cannot see the kingdom of God,” and these solemn words afford him no qualms.

He is quite at ease, for he fondly imagines that he has been born again. He will tell you that he has always been a Christian: that from early childhood he has believed in Christianity, has attended church regularly, nay, that he is a church-member, and contributes regularly toward the support of the Gospel. He is very religious.

Periodically he has happy feelings; he says his prayers regularly, and on Sundays he reads his Bible. What more can be required of him! And thus, many are lulled to sleep by Satan. If such an one should read these lines, let him pause and seriously weigh the fact that it was man eminently religious that the Savior was addressing when He declared, “Except a man be born of water and of the Spirit, he cannot enter into the kingdom of God.”

Nicodemus was not only a religious man, he was a preacher, and yet it was to him Christ said, “Marvel not that I said unto thee, Ye must be born again.”

It’s More than a Change of Heart

There are still others who believe that the new birth is a change of heart, and it is exceedingly difficult to convince them to the contrary. They have heard so many preachers, orthodox preachers, speak of a change of heart, that they have never thought of challenging the scripturalness of this expression, yet it is unscriptural.

The Bible may be searched from Genesis to Revelation, and nowhere does this expression “change of heart” occur upon its pages. The sad thing is that “change of heart” is not only unscriptural, but is it anti-scriptural, untrue, and therefore, utterly misleading. In the one who has been born again there is no change of heart though there is a change of life, both inward and outward.

The one who is born again now loves the things he once bated, and he hates now the things he once loved; and, in consequence, his whole line of conduct is radically affected. But, nevertheless, it remains true that his old heart (which is “deceitful above all things and desperately wicked”) remains in him, unchanged, to the end.

It’s Nothing Less Than Receiving a New Nature

What, then, is the new birth? We answer, it is not the removal of anything from the sinner, nor the changing of anything within the sinner; instead, it is the communication of something to the sinner. The new birth is the impartation of the new nature.

When I was born the first time, I received from my parents their nature: so, when I was born again, I received from God His nature. The Spirit of God begets within us a spiritual nature: as we read in 2 Peter 1:4, “Whereby are given unto us exceeding great and precious promises: that by these ye might be partakers of the divine nature.”

It is a fundamental law which inheres in the very nature of things that like can only produce like. This unchanging principle is enunciated again and again in the first chapter of Genesis. There we read, “And the earth brought forth grass, and herb yielding seed after his kind, and the tree yielding fruit, whose seed was in itself, after his kind” (John 1:12). And again, “And God created great whales, and every living creature that moveth, which the waters brought forth abundantly, after their kind, and every winged fowl after his kind” (John 1:21).

Educate and cultivate it all you please, it remains flesh. Water cannot rise above its own level, neither can a bitter fountain send forth sweet waters. That which is born of flesh is flesh; it may be refined flesh, it may be beautiful flesh, it may be religious flesh. But it is still “flesh.”

It is becoming a partaker of the Divine nature (2 Peter 1:4).

It is a being born into God’s family.

Every born-again person has, therefore, two natures within him: one which is carnal, the other which is spiritual. These two natures are contrary the one to the other (Galatians 5:17), and in consequence, there is an unceasing warfare going on within the Christian. It is only the grace of God which can subdue the old nature; and it is only the Word of God which can feed the new nature.

How does religion fall short of what God requires in John 3:3?

Does this help you to understand the necessity of being ‘born all over again’ by the Spirit of God?

What do you think of this?

How is this different than most approaches to “finding God” or “earning salvation”?

Have you been born all over again from above?

How do you know? How can anyone know for sure?