Puzzled Looks from Inside the Warehouse 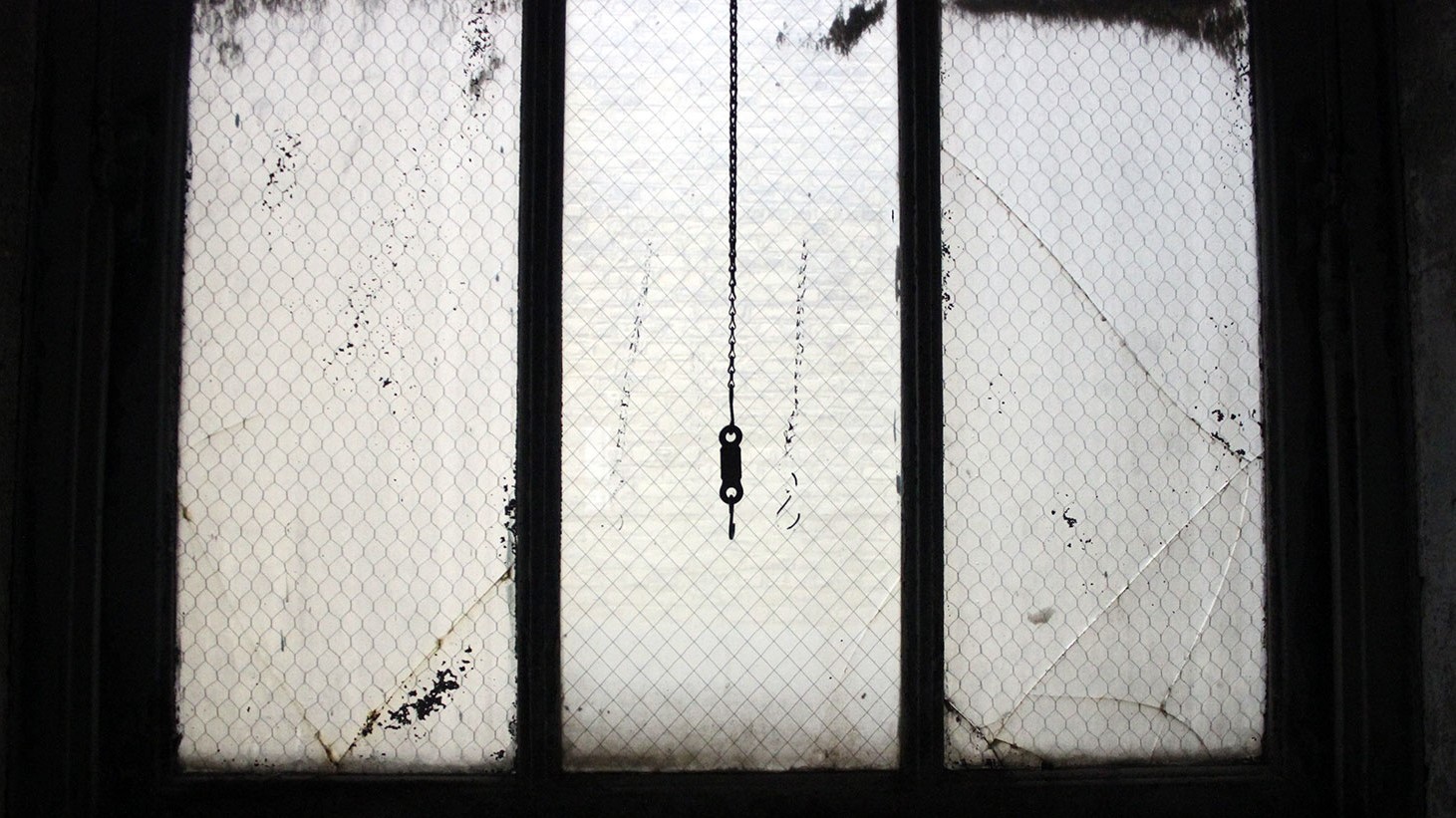 in Discipleship, Priorities, Walking With God

If you love God’s Word – I mean really love it – you have no doubt encountered other Christians who are decidedly less enthusiastic about it than you are. They may love the fellowship and comradery of gathering together with other believers, or the pageantry and antiquity of the liturgy – if they happen to attend a liturgical church. Or perhaps they love music – hymns or contemporary worship, no matter – church music just ‘does it’ for them.

But, when you sit together in the fellowship hall and you begin talking about some passage of the Bible you’re excited about, or about some subtle-but-deep insight into an old familiar verse that the Lord has enlightened in your understanding, they just sort of, well, look at you funny. They seem more curious about your excitement about the Word than the Word you’re excited about!

It’s difficult, probably impossible, to explain to someone who views your enthusiasm as a kind of ‘curiosity,’ exactly why you’re so excited about something that seems to them just plain unimportant. They’ve seen the news this morning. What the President said, that’s important. What Congress decided, that’s important. After all, their decisions will affect our lives in very real and felt ways. But what Jesus really meant when He said, “You will know the truth and the truth will set you free,” not so much.

But you, on the other hand, are equally bewildered. ‘If they belong to Jesus, how could His Word be the object of such disinterest? Why are they drawn to the deeper things of the Christian life? Don’t they know what they’re missing?’

Well, fellow Bible-lover, I’m right there with you! I have never understood how people who claim to love Jesus can be so disinterested in the words He spoke. I know Christians who would readily confess that they ‘hardly ever’ read the Bible, have virtually no devotional life and pray little. I can’t say I understand it, but it’s there. I know people like this and so do you.

I will say one thing though – and without reservation or apology: the most joyful people that I know are deeply committed to the regular study of God’s Word. The believers that I’ve known who have exhibited the greatest stability and inner tranquility, even when everything around them seemed to be falling apart, have been those who delighted in God’s Word when things were not falling apart. That’s just the truth.

I have seen Christians crumble at the approach of a mosquito and I’ve seen others stand their ground as the elephants charged – stable amidst the most devastating of trials. And in virtually every case I can think of, what made the difference was their regular devotion to the Word of God (or their lack of it).

Now I know this is anecdotal, of course it is, but it’s been my experience in 30+ years of following Jesus and with very little variation. But doesn’t Psalm 1:2 describe the “blessed” man this in this very way? “His delight is in the LORD’s instruction, and he meditates on it day and night” (Psalm 1:2, HCSB).

So, there it is. Delighting in God’s Word, thinking about it “all the time,” will bring God’s blessing. And one aspect of that blessing is stability in the difficulties of life: “He is like a tree planted by streams of water.” In fact, God’s blessing will extend to every aspect of the blessed person’s life: “In all that he does, he prospers” (Psalm 1:3).

These are big promises and they’re promised to all who would “delight” in God’s Word.

But doesn’t that make Christians who seem so disinterested in it all the more bewildering? It does to me! There’s a story the late Eugene Peterson’s relates in, Eat This Book (Eerdmans, 2009), that helped me. Maybe it will help you too. In it, Peterson recasts an illustration that was first used by the Swiss theologian Karl Barth.

Barth has been rightly credited with almost single-handedly saving Bible-centered Protestant Christianity in Europe. The Higher Critics had done their level best to kill it and pray over its funeral! And, by the time World War I rolled around, its influence in the churches was virtually non-existent.

But Barth, a young pastor in his 30s, was only beginning to discover the power of the Word of God. As the war swirled around him, he worked on what would later be published as his commentary on the Epistle to the Romans. Through his tireless ministry, thousands upon thousands would once again come to see the Bible as the living Word.

“Barth brought the Bible out of the academic mothballs in which it had been stored for so long … He demonstrated how presently alive it is, and how different it is from books that can be handled … At a time and in a culture in which the Bible had been embalmed and buried by a couple of generations of undertaker-scholars, he passionately and relentlessly insisted that the child is not dead but sleeping, took her by the hand, and said, Arise. For the next fifty years, Barth demonstrated the incredible vigor and energy radiating from the sentences and stories of this book and showed us how to read them.”

I love it! Barth’s influence and work are remarkable to say the very least. Although I am not a Barthian, his monumental 13-volume theology, Church Dogmatics, occupies a very prominent place in my library!

But, let’s get back to the “great gulf fixed” between Christians who treasure God’s Word and those who seem more interested in yard tools at Home Depot.

Barth too was puzzled that so many ‘believers’ lack zeal for Sacred Scripture. So, he tried to explain the problem in a story he made up about people in a warehouse. He told the story which Peterson re-told in Eat this Book, and which Liz Hoare re-re-told in Using the Bible in Spiritual Direction, and which I’m re-re-re-telling here. The point is: this is NOT my story (insert smiley-face emoji here).

OK, imagine there was a group of people who lived in a warehouse without doors – no way to get in or get out. But there were some windows, very high up, yet covered in grime. One day one of them decided to climb up and scrape the grime off one of the windows and looked out. Surprised, he saw a world outside that he never knew existed and called to his friends to climb up and see it for themselves.

There were people on the street outside and they were all abuzz. They were pointing up to something that those in the warehouse could not see because of the roof that over-hanged the windows. They could only see the buzzing crowd and that they were pointing up to something. They puzzled at it and puzzled at it but couldn’t figure out what the people in the street were all worked up about. Eventually, growing bored, they just climbed back down.

So, what were the folks on the street pointing to? They were pointing to the sky! The sun! The stars! The wonders of creation!

The people inside the warehouse couldn’t see it, but they could! And, though they certainly didn’t understand it all, they were captured by it. They wondered after it. But just imagine for a moment that one day one of the walls of the warehouse fell away and the people inside finally ventured out and actually saw the heavens!

Barth’s point is that this is precisely what happens when we finally discover the Word of God as the Word of God! The warehouse wall crumbles and we actually see the sky! We begin to comprehend for the first time all that God is and has done.

“We enter a world that stretches far beyond our dreams, a world of creation and salvation before us, inviting us in. Of course, in all kinds of ways this world is different from the one we know, not least in that God is in control here, not us. (Using the Bible in Spiritual Direction, Morehouse Publishing, 2016, p.136).

I think this is instructive. At this very moment, if you are a Christian, you’re either on the street excitedly pointing up, or you’re in the warehouse wondering what all the fuss is about.

Some like the warehouse. They’re used to it. They don’t have to think so much there. They can practice their faith as a ‘thing,’ rather than what Jesus said it must be, ‘everything.’ It was Jesus, after all, who said, “Any one of you who does not renounce all that he has cannot be My disciple” (Luke 14:33, cf., 14:26, John 12:25, Acts 20:24, Revelation 12:11). But that sounds awfully uncomfortable, doesn’t it? Hoare makes the point too: “It may be safer to stay in our warehouses (and it’s certainly easier to do so).”

But, those of us who delight in God’s Word will tell you that no greater joy, no greater satisfaction, no greater peace, and no greater sense of being truly ‘blessed’ will ever be found than is found in seeking God’s face in Scripture. Maybe that’s what Peter meant by writing, “Though you have not seen him, you love him. Though you do not now see him, you believe in him and rejoice with joy that is inexpressible and filled with glory” (1 Peter 1:8).

Joy. Joy that can’t be expressed. We’d love to tell our ‘disinterested’ brothers and sisters about it, but I’m afraid they just wouldn’t understand.

Do you think about it day and night? What does this look like to you?

Are you one of them?

Do ever feel like you’re on the inside-looking-out when someone excitedly talks about God’s Word?

Do you find yourself disinterested?

Have you climbed to the window and wiped away the grime only to scratch your head wondering what all the buzz is about?

Have you climbed back down in perplexed resignation?

What does it mean that God’s Word is “living and active”?

“Sharper than any two-edged sword?”

“Piercing to the division of soul and of spirit?”

“Discerning the thoughts and intentions of the heart”?

And how do they relate to verse 13: “And no creature is hidden from his sight, but all are naked and exposed to the eyes of him to whom we must give account”?