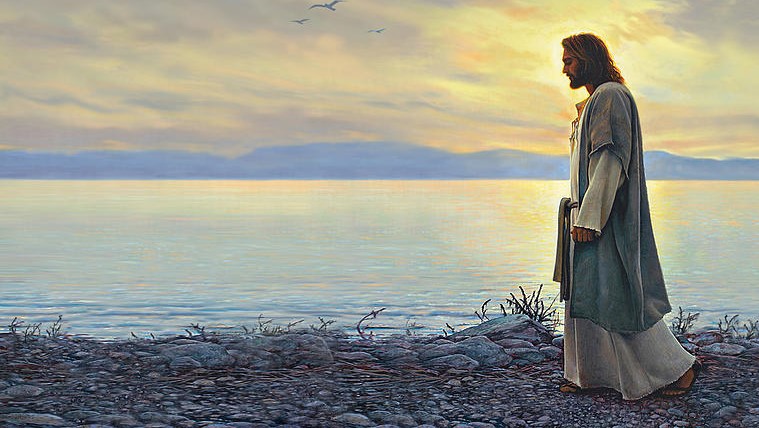 Of the four Gospels, John’s stands alone in many ways. His focus is more upon what Jesus said than what He did. We almost get the sense that the aged apostle is ‘filling in the gaps’ left by the earlier three Gospels. After all, he’s writing some sixty years after Jesus’ resurrection. He’s had a lot of time to consider all that he witnessed and what it meant.

He’d lived long enough to see the church that Jesus established grow from a small band of followers to a group of thousands of disciples. And after six decades of reflection, he knew that there were still some things that needed to be said.

First of all, Jesus was no mere man – He was/is eternal. So, John picked up his pen and began to write: “In the beginning was the Word, and the Word was with God, and the Word was God. He was in the beginning with God. All things were made through him, and without him was not anything made that was made. In him was life, and the life was the light of men. The light shines in the darkness, and the darkness has not overcome it” (John 1:1-5).

Many is the time I’ve wondered what our lives would be like without that paragraph, inspired as it was by the Holy Spirit!

And something else needed to be said: “The true light, which gives light to everyone, was coming into the world. He was in the world, and the world was made through Him, yet the world did not know Him. He came to his own, and His own people did not receive Him. But to all who did receive Him, who believed in His name, He gave the right to become children of God, who were born, not of blood nor of the will of the flesh nor of the will of man, but of God” (John1:9-13).

O, what glorious words! Jesus, “the true light which gives light to everyone”!

Jesus, the One through whom “the world was made”!

Jesus, the One who gives all who receive Him, who believe in His name, “the right to become children of God”!

And something else needed to be said: “And the Word became flesh and dwelt among us, and we have seen His glory, glory as of the only Son from the Father, full of grace and truth” (John 1:14).

Glory of the living God in veiled humanity!

Loved in Heaven, yet despised in the earth!

He never stopped wondering at the God-Man he walked with, ate with, spoke with for a little more than three years.

We can hear it in the opening words of his first epistle: “That which was from the beginning, which we have heard, which we have seen with our eyes, which we looked upon and have touched with our hands, concerning the word of life—the life was made manifest, and we have seen it, and testify to it and proclaim to you the eternal life, which was with the Father and was made manifest to us—that which we have seen and heard we proclaim also to you, so that you too may have fellowship with us; and indeed our fellowship is with the Father and with his Son Jesus Christ” (1 John 1:1-3).

Can you feel John’s longing there? It’s a longing for two things, as I see it.

First, it’s a longing for Jesus Himself. It is John, after all, who cries out at the end of the Apokalipses, “Come, Lord Jesus!” (Revelation 22:20)!

John reminds us that he is an eye witness to this Jesus that he is proclaiming to us. He says, we Apostles are testifying to the things we “have heard, which we have seen with our eyes, which we looked upon and have touched with our hands!”

What things? Well, nothing less than the things “concerning the Word of Life—the life [that] was made manifest.”

And, in case we may have missed it, he says it again! “And we have seen it and testify to it and proclaim to you the eternal life, which was with the Father and was made manifest to us.”

Have you ever heard more beautiful words?!

So, John’s first longing is for Jesus Himself – that he might fellowship with His crucified and risen Lord.

And His second longing is no less magnificent: he longs for us to fellowship with Him too.

He wants us to meet Him, to know Him, to love Him as he loves Him. He writes: “That which we have seen and heard we proclaim also to you, so that you too may have fellowship with us; and indeed, our fellowship is with the Father and with his Son Jesus Christ.”

John was at that breakfast with Jesus (John 21). It was he who recognized that the Man on the shore was the Lord. He recognized Him even in the hazy light of a Galilean dawn. He sat with Jesus that morning and ate with Him and listened to Him and wished that this breakfast would last forever.

O, how his heart must have thumped a tribal rhythm within him! And how it thumped still some sixty years, and many, many miles, on.

Breakfast with Jesus can do that.