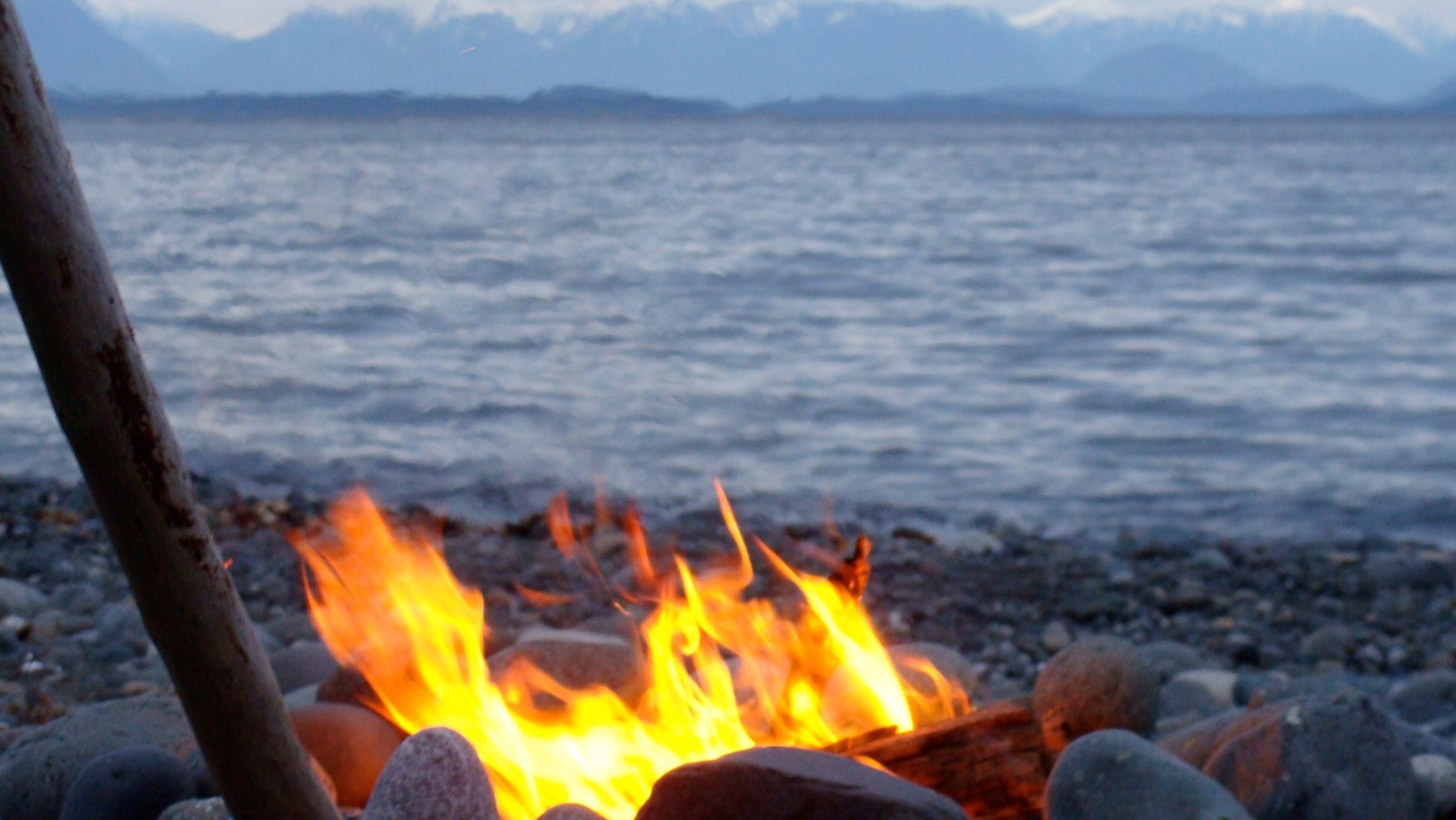 There are certain things we just never forget.

When I was a very young boy, my brother Mike and I were playing with a garden hose that had been coiled aside my grandfather’s – my Pépère Giguere’s – house on Hope St. in Woonsocket. He saw us playing with the water and yelled at us. I was, well, startled and terrified. I remember it vividly. He wore a plaid shirt and suspenders. It’s my earliest memory. I don’t know why my brain registered that moment as important-to-remember, but it did. I only know that today, 50 years later, it’s as if it just happened.

There are certain things we simply never, ever forget – things that we’ll remember as we lie upon our death bed.

For the disciples, a few of them anyway, having breakfast with Jesus after He’d risen from the dead was one of these.

Sometime after the events of the crucifixion and resurrection of Jesus, Peter and some the other Jesus-followers decided to return to fishing. It’s what they knew. They had families to feed.

They set out to the water, fished all night and caught nothing. But, “just as day was breaking, Jesus stood on the shore; yet the disciples did not know that it was Jesus. Jesus said to them, “Children, do you have any fish?” They answered him, “No.” He said to them, “Cast the net on the right side of the boat, and you will find some.” So, they cast it, and now they were not able to haul it in, because of the quantity of fish” (John 21:4-6).

In the early light, or perhaps because of their distance from the shore, they didn’t recognize Him. But now it began to dawn on them who this was!

John said it first: “It is the Lord!” When Simon Peter heard this, impulsive as he was, “he put on his outer garment … and threw himself into the sea.” The more even-tempered disciples “came in the boat, dragging the net full of fish.”

It was indeed the Lord, and He beckoned them to the fire He’d built to cook breakfast.

They never forgot that morning. Amidst the myriad of things, they’d seen Jesus do and heard Jesus say, this event was special. In fact, just a few verses later John will tell us that “there are also many other things that Jesus did. Were every one of them to be written, I suppose that the world itself could not contain the books that would be written” (John 21:25).

Years later, the Apostle Peter stood in the home of a God-fearing Gentile Centurion named Cornelius and told all those gathered there how Jesus’ enemies had “put him to death by hanging him on a tree, but [that] God raised him on the third day and made him to appear, not to all the people but to us who had been chosen by God as witnesses, who ate and drank with him after he rose from the dead” (Acts 10:40-41).

Notice that! Peter said that those who God had chosen to bear witness of Him ate and drank with Him after His resurrection. All that time later, it was still fresh in his mind.

And do you know what? The Bible tells us that all who have come to believe in Jesus are called to be His witnesses – that’s me and you. And Jesus calls us to meet with Him, to drink and eat with Him, to “come and have breakfast.”

These times are very special times. It’s there that the Lord speaks to us personally, taking His Words and making them ‘spirit and life.’ The words that I have once and for all spoken to you,” Jesus said, “spirit they keep on being, and life they keep on being” (John 6:63b, literally rendered).

These breakfasts with Jesus are spiritual – God’s Spirit testifying with our spirits that we are truly His children (Romans 8:16).

These breakfasts with Jesus are life-giving – the Word of God which is alive and powerful, transforming us into the image of God’s dear Son. It carefully discerns the very “thoughts and intentions” of our hearts and we are fully before our God – “naked and exposed to the eyes of Him to whom we must give account” (Hebrews 4:12-13).

“And we all, with unveiled face, beholding the glory of the Lord, are being transformed into the same image from one degree of glory to another. For this comes from the Lord who is the Spirit” (2 Corinthians 3:18).

These breakfasts with Jesus are spiritual and life-giving – “spirit and life.”

And they are, above all, memorable meals. For it’s there that the Holy Spirit teaches us the most magnificent things – things that we will simply never forget.

Why do you think it was so memorable?

Do you find it intimidating? Awkward? Challenging? Burdensome?

What do these words mean to you?

How are they relevant to your own walk with God?

What do these words mean to you?

How are they relevant to your own walk with God?

Is this happening in your life as a Jesus-follower?

If so, when does it happen?