How to Live Among Scoffers 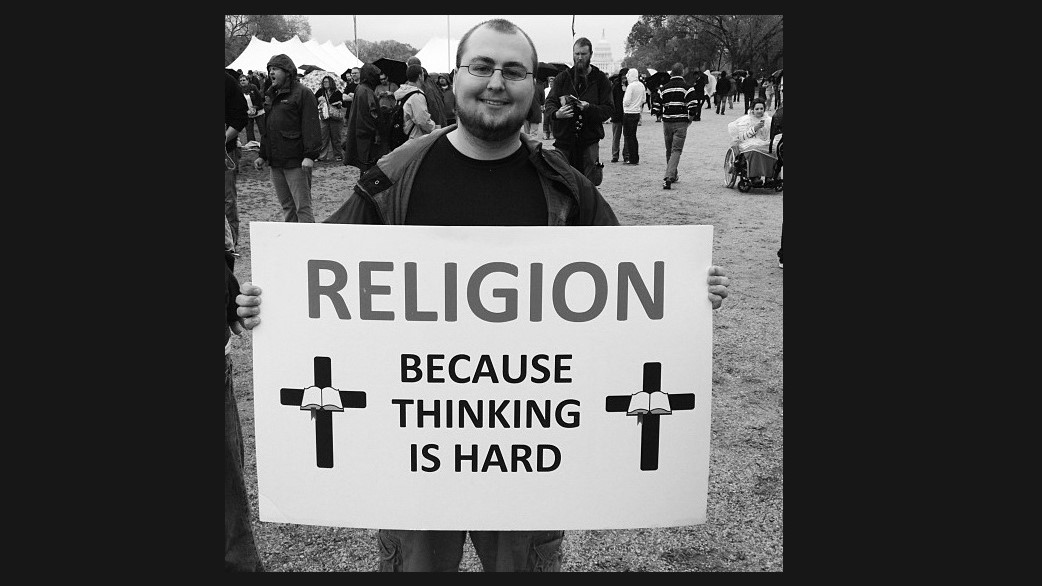 in Discipleship, Obedience, Walking With God

In their last written words, the Apostles Peter and Paul felt it was important to warn the church of the grave dangers that lie ahead.

In his final letter, Paul wrote:

“Understand this, that in the last days there will come times of difficulty. For people will be lovers of self, lovers of money, proud, arrogant, abusive, disobedient to their parents, ungrateful, unholy, heartless, unappeasable, slanderous, without self-control, brutal, not loving good, treacherous, reckless, swollen with conceit, lovers of pleasure rather than lovers of God, having the appearance of godliness, but denying its power. Avoid such people” (2 Timothy 3:1-5, italics mine).

But where Paul was general in his warning, Peter’s final letter was more pointed:

“Know this first of all, that in the last days mockers will come with their mocking, following after their own lusts, and saying, ‘Where is the promise of His coming? For ever since the fathers fell asleep, all continues just as it was from the beginning of creation’” (2 Peter 3:1-5, italics mine).

There have always been scoffers – self-proclaimed know-it-alls who arrogate to themselves the right to sit in judgment of God’s Word. But, according to Peter at least, scoffing – mocking the things of God – would become something of an artform in the “last days”!

The final chapter of the New Testament (and of the whole Bible, for that matter) includes a very important promise. Four English words translating two Greek words (ἔρχομαι ταχύ) that are so important that they’re repeated three times in that single chapter, and as a direct quotation from the Lord Jesus Himself! What’s the promise? Simply this: “I am coming quickly.”

And he said to me … “Behold, I am coming quickly. Blessed is he who heeds the words of the prophecy of this book” (Revelation 22:6-7, italics mine).

“Behold, I am coming quickly, and My reward is with Me, to render to every man according to what he has done. I am the Alpha and the Omega, the first and the last, the beginning and the end” (Revelation 22:12-13, italics mine).

“I, Jesus, have sent My angel to testify to you these things for the churches. I am the root and the offspring of David, the bright morning star” … He who testifies to these things says, “Yes, I am coming quickly” (Revelation 22:16, 20, italics mine).

The importance of Jesus’ I-am-coming-quickly promise is clearly seen in two things: (1) in its threefold repetition and (2) in the prominent place it’s given in the Bible’s final message.

A Message to the Churches

But this message isn’t intended for scoffers; it’s intended for believers who would have to live and move in a culture of scoffers. Jesus told John the Revelator that these things were given to show His servants the things which must shortly take place. “I, Jesus, have sent My angel,” He said, “to testify to you these things for the churches” (Revelation 22:6, 16, emphasis mine).

These things are for us, believers, living, as we are, in the last times. It’s as though Jesus wants the us to know that there is one message that we must never forget especially as the days grow darker – one promise we must cling to like a life preserver from a sinking ship: “I am coming quickly!”

It should surprise no thoughtful student of God’s Word then, that this message in particular would be singled out as the object of ridicule in the last days. Remember Peter’s prophecy:

“Know this first of all, that in the last days mockers will come with their mocking … saying, ‘Where is the promise of His coming? For ever since the fathers fell asleep, all continues just as it was from the beginning of creation” (2 Peter 3:3-4, italics mine).

I think it’s sad that after 2000 years people still think Jesus is coming back. Instead of mocking, I’ll offer a prediction of my own: you, your children, your grandchildren, great grandchildren, and on for 100 more generations will live and die without any 2nd coming of Jesus. The stars will burn out, the sun will grow into a red giant burning the Earth to a crisp, without any 2nd coming of Jesus. Trillions of years from now the universe will expand so much not even atoms can form, and the 2nd coming of Jesus will be nothing but a forgotten prophesy that never came true.

So, how should believers respond to statements like this? First, by going back to Jesus’ thrice-repeated promise: “I am coming quickly.” So says the God who cannot lie!

And second, by following Peter’s lead and considering the record of God’s faithfulness to His promises throughout history. After warning of the scoffers who would come denying Jesus’ return, Peter wrote:

“For they deliberately overlook this fact, that the heavens existed long ago, and the earth was formed out of water and through water by the word of God, and that by means of these the world that then existed was deluged with water and perished” (2 Peter 3:5).

Peter argues that scoffers have a selective memory. In fact, they forget on purpose! They “deliberately overlook” the fact that before there was a beginning God was there and has always followed through on His promises.

God “did not spare the ancient world, but preserved Noah, a herald of righteousness, with seven others, when he brought a flood upon the world of the ungodly” (2 Peter 2:5).

He also turned “the cities of Sodom and Gomorrah to ashes” and “condemned them to extinction, making them an example of what is going to happen to the ungodly” (2 Peter 2:6).

Noah’s neighbors scoffed at the idea of a flood that would come and sweep them away – that is, until the day the flood came and swept them away.

Scoffers “deliberately overlook” these facts, and they do so to their own detriment.

But here’s the bottom line:

The din of the mocking crowd will grow louder and the scoffers will grow bolder as the darkness advances. But these things should not move us! We are the people of God and we’ve been well taught. His promises are true and He’s promised to come back quickly. Both history and our personal lives bear witness to the faithfulness of God!

So, that’s how we should respond to such statements, but how should we respond to the scoffers themselves – to the people, the godless mockers of our day?

In a word, with love. We must remember that they are as we were – desperately lost and in need of Savior. They are not the enemy; they’re enslaved by the enemy.

They are the mission field! “We do not wrestle against flesh and blood,” Paul declares, “but against the rulers, against the authorities, against the cosmic powers over this present darkness, against the spiritual forces of evil in the heavenly places” (Ephesians 6:12).

Indeed, this is spiritual warfare. So, let’s “take up the whole armor of God” so that we “may be able to withstand in the evil day” – taking up “the shield of faith, with which [we] can extinguish all the flaming darts of the evil one” (Ephesians 6:13, 16).

Let’s live as who we truly are – sons of the day and of the light – even in this present, encroaching darkness. Let’s repay evil with love, anger with kindness, and scoffing with a genuine understanding of lostness. Let’s confront the challenges of our day with the tools that God has given us in the Spirit, rather than the counterproductive reactions of the flesh.

Jesus is coming, but harvest time isn’t coming; harvest time is here! “Look, I tell you,” Jesus said, “lift up your eyes, and see that the fields are white for harvest. Already the one who reaps is receiving wages and gathering fruit for eternal life, so that sower and reaper may rejoice together” (John 4:35-36),

So, let’s get going, brother, sister! Shake sleep from your eyes, O weary one! We’ve got work to do today!

1 Peter 3:8-9: “Finally, all of you, have unity of mind, sympathy, brotherly love, a tender heart, and a humble mind. Do not repay evil for evil or reviling for reviling, but on the contrary, bless, for to this you were called, that you may obtain a blessing.”

Romans 12:17-21: “Repay no one evil for evil, but give thought to do what is honorable in the sight of all. If possible, so far as it depends on you, live peaceably with all. Beloved, never avenge yourselves, but leave it to the wrath of God, for it is written, “Vengeance is mine, I will repay, says the Lord.” To the contrary, “if your enemy is hungry, feed him; if he is thirsty, give him something to drink; for by so doing you will heap burning coals on his head.” Do not be overcome by evil, but overcome evil with good.”

1 Peter 3:15-17: “Set apart Christ the Lord in your hearts as holy, always being prepared to make a defense to anyone who asks you for a reason for the hope that is in you; yet do it with gentleness and respect, having a good conscience, so that, when you are slandered, those who revile your good behavior in Christ may be put to shame. For it is better to suffer for doing good, if that should be God’s will, than for doing evil” (emphasis mine).

To whom has the Lord sent you? Write down the names of people in your sphere of influence that need to know Jesus.

In your regular, daily prayer, ask Him to open their hearts and to use you to draw them to Himself.