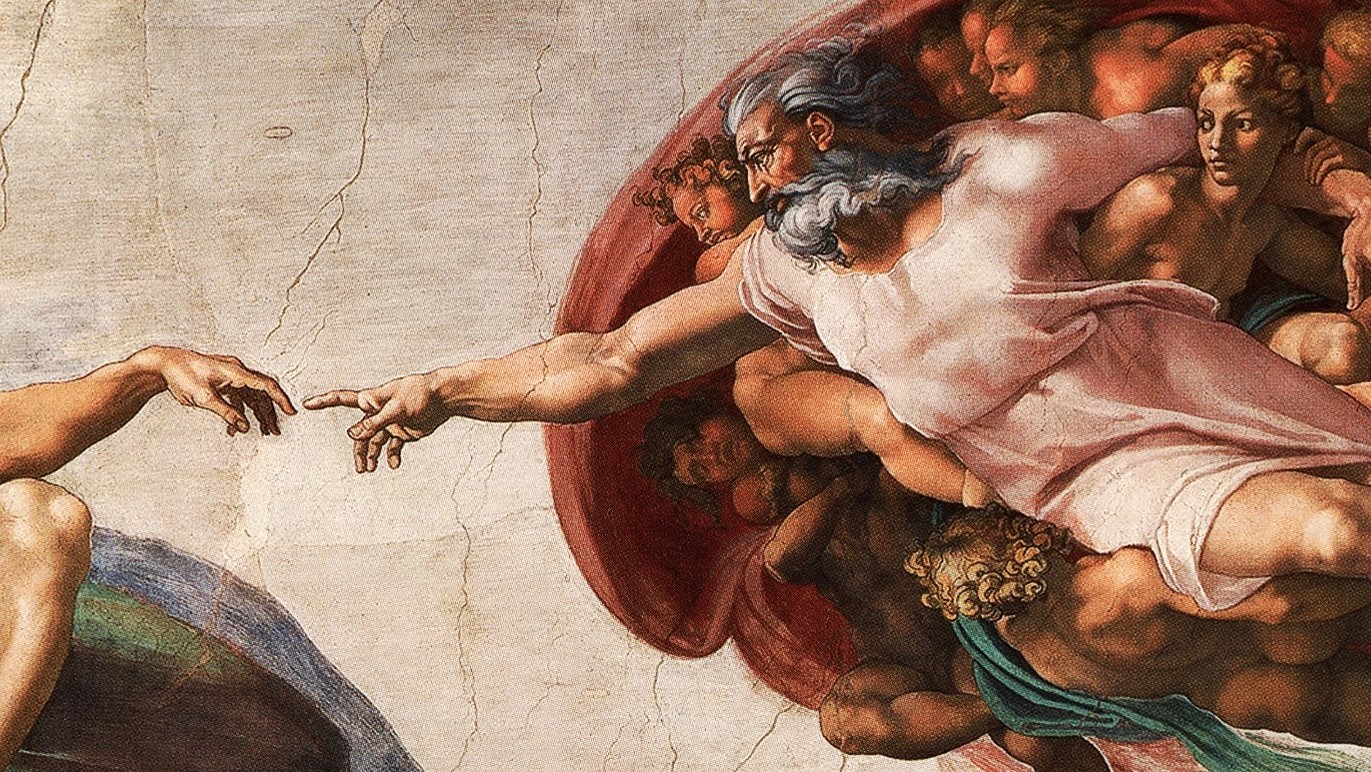 “Therefore be imitators of God, as beloved children” (Ephesians 5:1).

What could be more intimidating than this? Such a short verse too – deceptively short! Just a few words.

But, imitate God? The One for whom there is no substitute. The “alone” One?

“Remember this and stand firm,

recall it to mind, you transgressors,

remember the former things of old;

for I am God, and there is no other;

I am God, and there is none like me,

declaring the end from the beginning

and from ancient times things not yet done,

saying, ‘My counsel shall stand,

and I will accomplish all my purpose’

So, imitate this God?

Christian apologist Ravi Zacharias once quipped about a teacher who asked his students to describe God and give two examples! Impossible, right?

So, let’s think about this for a bit. When Scripture enjoins us to imitate Jesus – to follow His example, to walk in His footsteps – what is it really asking us to do? It certainly can’t mean doing the same things He did – walking on water and resuscitating the dead, rebuking the storm and feeding thousands with a young boy’s small lunch.

It can’t mean taking up carpentry or committing to an annual pilgrimage to Jerusalem. It can’t mean excoriating misguided religious leaders or mystically transforming water into fine wine.

But what, then? What is the Paul exhorting us to do?

Something of a restoration, I think. God created the first man and the first woman to bear His image upon the earth. He had a message to tell the world through them, and so He “made them, male and female.”

They were His image bearers. He set them on the earth as vice-regents to rule over the planet – the fish, the birds, the reptiles, the mammals, everything.

“Then God said, “Let us make man in our image, after our likeness. And let them have dominion over the fish of the sea and over the birds of the heavens and over the livestock and over all the earth and over every creeping thing that creeps on the earth.”

So, God created man in His own image,

in the image of God He created him;

male and female He created them.

And God blessed them. And God said to them, “Be fruitful and multiply and fill the earth and subdue it and have dominion over the fish of the sea and over the birds of the heavens and over every living thing that moves on the earth” (Genesis 1:26-28).

“Let us make man in our image, after our likeness … let them have dominion … so God created them in His own image … male and female … and blessed them … and God said to them, Be fruitful …”

He created His image-bearers to bear good fruit But, O how it all went wrong!

“You will be like God,” the serpent promised. But they already were like God! “Let us make man in our image, after our likeness,” God said, “So God created man in his own image, in the image of God he created him; male and female he created them.”

But the serpent’s appeal was that Eve could be like Him in ways God never intended.

He said to the woman, “Did God actually say, ‘You shall not eat of any tree in the garden’?” And the woman said to the serpent, “We may eat of the fruit of the trees in the garden, but God said, ‘You shall not eat of the fruit of the tree that is in the midst of the garden, neither shall you touch it, lest you die.’” But the serpent said to the woman, “You will not surely die. For God knows that when you eat of it your eyes will be opened, and you will be like God, knowing good and evil.” So when the woman saw that the tree was good for food, and that it was a delight to the eyes, and that the tree was to be desired to make one wise, she took of its fruit and ate, and she also gave some to her husband who was with her, and he ate. Then the eyes of both were opened, and they knew that they were naked. And they sewed fig leaves together and made themselves loincloths (Genesis 3:1-7).

So there’s that old serpent doing what he does best: promising happiness outside of the will of God. The apostle John calls him “the great dragon … that ancient serpent, who is called the devil and Satan, the deceiver of the whole world … the accuser of our brothers … who accuses them day and night before our God” (Revelation 12:9-10).

And, true to form, he mixed Eve a toxic potion of deception – one-part truth, four-parts lie – and she drank the caldron dry!

“You will not surely die,” he promised. She did. Adam followed and he died too.

“Your eyes will be opened,” he promised. They were. Adam followed and his eyes were opened too. “Then the eyes of both were opened,” Moses tells us.

A little lie, a little truth, a devastating catastrophe.

And what did these newly-opened eyes see? “The eyes of both were opened, and they knew that they were naked.” Their eyes saw nakedness for the first time. And shame. And fear. And isolation from God. They hid. They sought to avoid their loving Creator.

Now they felt isolation from one another, emotional and spiritual distance. They began to shift blame, to avoid accountability.

“Your desire shall be contrary to your husband, but he shall rule over you,” God said (Genesis 3:16b).

But then steps Jesus into the world – the One whom the Bible calls the “last Adam” (1 Corinthians 15:45). His message is one of restoration. A New Birth. A new way to think about life. A new way to live. A release from the old master, sin, and a new identity with the One who broke the chains of sin and death.

In Revelation 21:5, the “One seated on the throne” triumphantly says, “Behold, I am making all things new.” And so He will do. And so He is doing. And this great restoration started when Jesus, the “last Adam,” stepped onto the stage of history.

And when He did, He appealed to His followers to imitate His Father. “Be merciful, even as your Father is merciful” (Luke 6:36).

“Love your enemies, and do good, and lend, expecting nothing in return.” Why? Because the Father is “kind to the ungrateful and the evil” (Luke 6:35).

God is speaking through us, this new creation! He is bringing “to light for everyone … the plan of the mystery hidden for ages in God, who created all things, so that through the church the manifold wisdom of God might now be made known to the rulers and authorities in the heavenly places. This was according to the eternal purpose that he has realized in Christ Jesus our Lord …” (Ephesians 3:9-11).

And all who with “unveiled faces” are “beholding the glory of the Lord … are being transformed into the same image from one degree of glory to another” (2 Corinthians 3:18).

It’s in the imitation of Christ that we begin to discover what this truly means.

In what way do you think they were bearers of God’s image? Made after His likeness?

How do you think believers today are able to bear His image to this lost world?

What connection with the “first” Adam is Paul making? Why is this important?

What does it tell us about the believer’s life with God today?

Do you see a spiritual correspondence between the two?

The first couple certainly ‘multiplied’ after the Fall, but what of their fruitfulness? Is there a distinction that we should see?

How can you be an imitator of God?

What does Paul mean in saying we should do that as beloved children? How does our status as children beloved of God speak to this imitation?