A New Creation, A New Garden 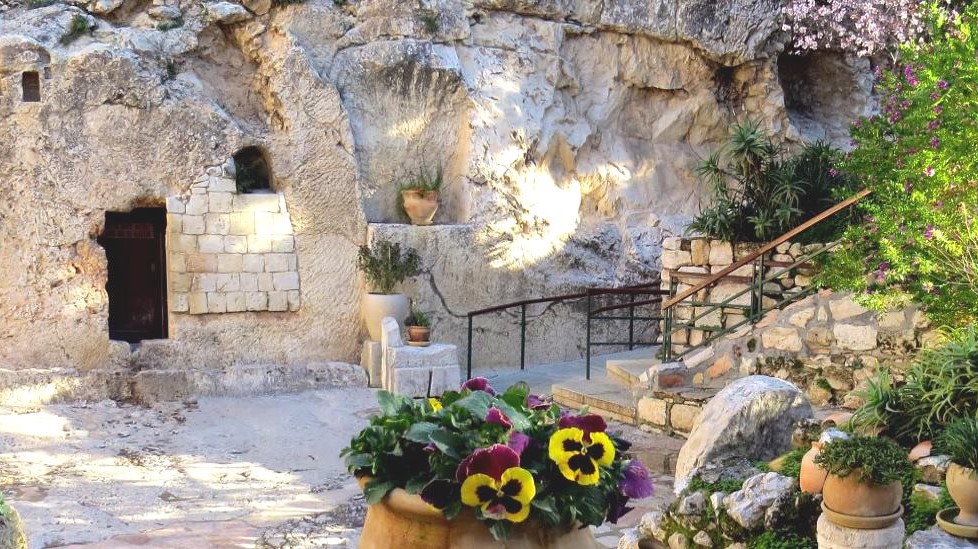 “In the beginning was the Word,” is the sublime opening sentence of John’s Gospel. Like the beautiful, yet anxious, faint opening notes of Beethoven’s Ninth symphony, they can barely hold themselves back from the glorious explosion of sound that looms just ahead!

“The Word was with God” and “God was the Word” and the “Word became flesh and dwelt among us”: there’s the glorious blast! God has become a man. Both Augustine and Chrysostom, each in their own inimitable way, agreed that it’s beyond the power of man to even speak as John does in his prologue!

Anyone familiar with the Bible has noticed the similarity of John’s opening words to those of Genesis 1:1: “In the beginning, God created the heavens and the earth.” That was the “old” creation; with Jesus comes a “new” creation – and John doesn’t want us to miss it!

So, John likes sevens: seven signs in John 2-12; seven “I am” statements of Jesus; seven letters to the seven churches in the Revelation, along with seven seals, seven trumpets, seven bowls, seven stars, seven lampstands and seven spirits that are before God’s throne. Seven, seven, seven.

Six days of work + one day of rest = the biblical week, the week that still defines our experience to this very day. But, if seven brings completion, then eight is a new beginning! So, a male child was to be circumcised on the eighth day – a new beginning, a covenant beginning (Leviticus 12:3).

From as far back as second century A.D., some Bible students have seen a “prophetic week” in the Scriptures: for seven “days” God would work with sinful humankind, and on the seventh “day” the earth would sabbath, rest. Peter warned us not to “overlook this one fact … that with the Lord one day is as a thousand years, and a thousand years as one day” (2 Peter 3:8). From this they suggest, without setting dates, that the fallen human race has 6,000 years (or six days) to make its peace with God before He ushers in the Millennial Kingdom. Is it a coincidence that the Kingdom age is declared (over and over again) to last 1,000 years, one prophetic “day”?

So, is that 1,000-year Kingdom the fulfillment of the creation? Is the Book of the Revelation of Jesus Christ loaded down with sevens because it is announcing the completion of all things? I’ll leave it to the reader to wrestle with these. But I think it’s without controversy that seven is a number that often signifies completion in the Bible.

Seven Signs, and an Eighth

John’s Gospel records seven signs which Jesus performs. They begin with the miracle at Cana (“the first of His signs,” John 2:11) and ends with the raising of Lazarus. Obviously, Jesus performed many more than seven signs, but John chose these for a reason. At the end of the Gospel, he writes:

“Now Jesus did many other signs in the presence of the disciples, which are not written in this book; but these [signs] are written so that you may believe that Jesus is the Christ, the Son of God, and that by believing you may have life in his name” (John 20:30-31, brackets mine).

John’s seven signs end with the raising of Lazarus but, as jaw-dropping as that is, the raising of Lazarus did not conquer death. In fact, Lazarus would eventually die again! We needed something more, an “eighth” sign – a new beginning of a new creation. And, as a matter of fact, John does record another sign. Jesus referred to it in Matthew as the “sign of the prophet Jonah.” He was referring, of course to His resurrection – one that would conquer death and would usher in a “new” creation.

Then some of the scribes and Pharisees answered Him, saying, “Teacher, we wish to see a sign from you.” But He answered them, “An evil and adulterous generation seeks for a sign, but no sign will be given to it except the sign of the prophet Jonah. For just as Jonah was three days and three nights in the belly of the great fish, so will the Son of Man be three days and three nights in the heart of the earth” (Matthew 12:38-40).

Jesus Ushers in a New Creation

I believe that this is the reason that John begins his Gospel with the words, “In the beginning …” John wants us to acknowledge a new creation narrative. With the coming of Jesus comes a new birth (John 3:3) to replace our old birth, a new man (Colossians 3:9) to replace our old man, a New Jerusalem (Revelation 21:10) to replace the Old Jerusalem, a “newness of life” (Romans 6:4, “resurrection” life) to replace our old life, and a “new world” to replace the old – Jesus described it as “the new world, when the Son of Man will sit on his glorious throne” (Matthew 18:28a).

John wants us to see this new creation, the one that comes with the arrival of Jesus – the eternal, glorious Word which became flesh and tabernacled among us.

The resurrection of Jesus – the “eighth” sign in John – signifies a new beginning for all who would believe.

“We were buried therefore with him by baptism into death, in order that, just as Christ was raised from the dead by the glory of the Father, we too might walk in newness of life” (Romans 6:4).

So, the resurrection of Jesus gives you the ability to “lay hold of the eternal life to which you were called” right NOW (1 Timothy 6:12b).

The New Creation in John’s Gospel

So, this kind of “new creation” imagery is all over John (as well as other parts of the New Testament). Jesus words from the cross, “It is finished” echoes Genesis 2:1: “Thus the heavens and the earth were finished, and all the host of them,” speaking of the completion of the first creation. The resurrection of Jesus takes place on the “eighth” day – the first day of the new week after the devastating events of Holy Week. John makes it a point to tell us this twice (John 20:1, 19).

Where did God set man in the first creation? “And the Lord God planted a garden in Eden, in the east, and there he put the man whom he had formed” (Genesis 2:8). So where would you expect the resurrection which inaugurates the “new” creation to take place? A garden, right? Well, “in the place where he was crucified there was a garden, and in the garden a new tomb in which no one had yet been laid. So, because of the Jewish day of Preparation, since the tomb was close at hand, they laid Jesus there” (John 19:41-42). It’s no wonder then that when Mary Magdalene encountered the risen Christ on the morning she supposed “Him to be the gardener” (John 20:15).

Finally, towards the end of John’s Gospel, the resurrected Christ appears to the disciples and does something truly remarkable. “He breathed on them and said to them, Receive the Holy Spirit” (John 20:22). It’s impossible to miss the correspondence between this event and the breath that animated the old creation: “The Lord God formed the man of dust from the ground and breathed into his nostrils the breath of life, and the man became a living creature” (Genesis 2:7).

The point should be obvious: there is a new creation that began with the resurrection of Jesus. But here’s the thing: with this new life comes a new responsibility – the responsibility to properly steward the treasure that’s been entrusted to us.

In an important passage in 1 Corinthians, the apostle Paul beautifully pulls all of these things together, marrying the believer’s new life in Christ with the responsibility he or she has to fulfill the purpose for which we were saved. First, he makes a theological point:

“Therefore, if anyone is in Christ, he is a new creation. The old has passed away; behold, the new has come” (2 Corinthians 5:17).

Then he makes a practical point:

“All this is from God, who through Christ reconciled us to himself and gave us the ministry of reconciliation; that is, in Christ God was reconciling the world to himself, not counting their trespasses against them, and entrusting to us the message of reconciliation” (2 Corinthians 5:18-19).

This is the responsibility that comes with the new creation: we carry this “ministry” and “message” of reconciliation with us everywhere we go. If not, we’re poor stewards of the new life that’s been entrusted to us. “For we are His workmanship, created in Christ Jesus for good works, which God prepared beforehand, that we should walk in them” (Ephesians 2:10).

May we “walk in the newness of life” that we have in our Lord Jesus Christ who has made all things new!

What do you think about the fact that God has entrusted it to you?

What does walking in the “newness” of life look like to you?

What does it mean to you that you “are His workmanship”?

What does it mean to you that you were “created in Christ Jesus for good works, which God prepared beforehand”?

Colossians 3:9-10  “… you have put off the old self with its practices and have put on the new self, which is being renewed in knowledge after the image of its Creator.”