The Weeds of Anger 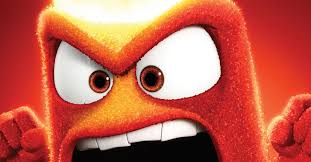 Anyone of us who has dealt with planting a garden and like a lawn free of weeds and crabgrass, soon realizes the battle they will have throughout that season. These enemies of the soil are not only noxious but resistant and resilient. If left unchecked they will spread, take over and begin to steal the nutrients from the soil intended and needed for the plants and lawn.

We all realize the consequences of neglect and what the end result will produce. The fruit of our labors will be diminished, less nourishing and appetizing and possibly not worth the time, expense, energy and resources spent in the first place.

The reasons may vary as to the cause of our neglect, ranging from complacency, indifference, apathy and worse, denial that we have a problem that is worth our time and effort.

I believe you know where I am going with this and the spiritual application to consider. What is very dangerous is denying that we have an anger problem. Could that be tantamount in believing that anger is never our fault but the result of others actions or words, or even coincidences?  I know the message Sunday should have removed that hypothesis.

The Christian who rationalizes this way will have the tendency to justify any response so as to disregard their responsibility.  Pastor Steve’ s two weeks of powerful messages on that topic, clearly revealed that the bible labels that as sin and something if we do not take appropriate steps to deal with it, the Lord certainly will.

The title of the blog,” Weeds of Anger” is a chapter from Dr. Jerry Bridges’s book titled “Respectable Sins”, where I gleaned points for a message I delivered a couple of years or so ago. He has some valuable insights that will help us have a better understanding of the roots of anger, especially unresolved anger.

As previously written, weeds are not benign but noxious. As they have the potential to poison what has been planted, weeds of unresolved anger can poison our minds as well.

The first noxious weed of unresolved anger he wrote is resentment. He defines resentment as anger held on to. He states that most often it is internalized. It could stem from some form of ill-treatment that the person has no leverage or power to express the anger outwardly. It may be a boss or supervisor, who in their estimation, targets them unfairly with criticism or insults. There is little or no recourse available to them, so the anger is internalized with feelings of helplessness.

Another situation is a wife continually put down by an overbearing husband and as in the case of the employee, she remains quiet and bottles up her anger in the form of resentment. Outwardly expressed anger usually is easier to deal with than resentment, because the person often continues to nurse his wounds and dwell on the ill-treatment.

The second noxious weed mentioned is bitterness. He describes bitterness as resentment that has grown into a feeling of ongoing animosity. The difference Dr. Bridges concludes is that resentment may dissipate over time but bitterness continues to grow and fester. The degree of ill will can reach a higher level, adding to the longevity of the bitterness. A reactionary process is a possible outcome.

Dr. Bridges writes about a real life situation he personally knew about.

“An elder intervened in a situation regarding a teenage girl in his local church. The girl’s father thought the elder had mishandled the situation. Instead of seeking to resolve the issue, he became angry, and then bitter. In the words of the pastor, he was “eaten up with bitterness.” The father said to the pastor, “I’ve forgiven him, but I don’t want anything to do with him.” Quite obviously he had not forgiven. True forgiveness results in a restored relationship, not continuing animosity. This man was consumed with bitterness, but in his self-righteousness he couldn’t see it.

All he could see was the perceived or actual wrong of the elder, which he continued to dwell on.”

These kinds of situations can occur in any local church family and no church or member is immune from that possibility. I have personally been in a church where members exchanged angry barbs over disagreement about the color of carpeting.

I know there will be incidences where offences will occur and they need to be addressed and hopefully in a biblical, Christ honoring way. Even if one of the parties is not completely satisfied with the final decision, that believer has to come to the realization that bitterness is not an option. It is always about glorifying the Lord Jesus and remaining in fellowship with God.

Dr. Bridges wrote about enmity and hostility as being essentially synonymous but denote a higher level of ill will or animosity. His contention is that bitterness may have some degree of polite behavior. Enmity and animosity usually will express itself openly.

Grudge takes all the previous levels of unresolved anger and brings it to a higher, more intense level. There are several OT references and one in Mark’s gospel, 6:19 where those involved held a grudge. Two in particular are Genesis 27 41 and 50:15. To understand the depth of this word in these two accounts, the ESV uses hate for grudge. The Gen. 27 account is Esau hated Jacob and planned to kill him. The Gen. 50 text has Joseph’s brothers afraid he would hate them and pay them back for the evil they had done to him. In Mark’s gospel we read that Herodias had a grudge against John the Baptist and wanted to put him to death. In all there are five instances with the word grudge is used and in every occurrence, the idea is exacting revenge.

I would think and believe that among believers that revenge would never actually happen in reality but what about planning it out in our minds? Could we get some kind of twisted enjoyment if we could make it a reality?

Last to be mentioned is strife. This is conflict or turmoil mainly among groups, thus the terms “church fights” or “family feuds.” Usually they get ugly and respectable boundaries are crossed and sin is not subtle. If one of the groups has a self-righteous attitude, there is no possibility of them accepting that their heated words are contributing to the strife.

Summarizing all the descriptions of the noxious “weeds of anger”, I want to make it clear that there is no intention in giving dictionary definitions to these terms. Nor to make sharp distinctions between them because terminology is not as important as the spiritual element. Clinging to anger is sinful and places us on a spiritual slippery slope which could have dire consequences.

Looking back on these weeds of anger, feelings of ill will escalate as do the potential for harmful and destructive words and actions. Anger is never static and unless we take corrective measures to eradicate the weeds, the grip the enemy has will get tighter and more difficult to loosen.

If we want to be liberated from that bondage, applying the disciplines of prayer and the Word is essential. I am convinced rearranging our thought life and meditating on the truths of God’s Word will have a powerful impact in preventing the weeds becoming entrenched. Paul’s instruction in Eph. 4: 26, “do not let the sun go down on your anger” is a good place to begin. My attention is drawn to Phil. 4:8, “Finally, brothers, whatever is true, whatever is honorable, whatever is just, whatever is pure, whatever is lovely, whatever is commendable, if there is any excellence, if anything worthy of praise, think about these things.”

It can be helpful and effective to have a mature believer who you know has a strong walk with God and has modeled discipleship that you can draw strength and insights from. That is what Paul was referring to the Philippian believers in verse 9 of chapter 4, “What you have learned and received and heard and seen in me—-practice these things, and the God of peace will be with you.”

What steps are you currently taking to gain victory so you can move forward?

If so, how did you deal with it?

The questions could go on and on, but I think we all get the point. Anger is a part of life and until we understand we cannot conquer anger in our strength, using human resources, we will struggle and possibly lose the battle. Turning it over to the Lord is the way to exercise self-control so we can maintain our integrity and testimony.